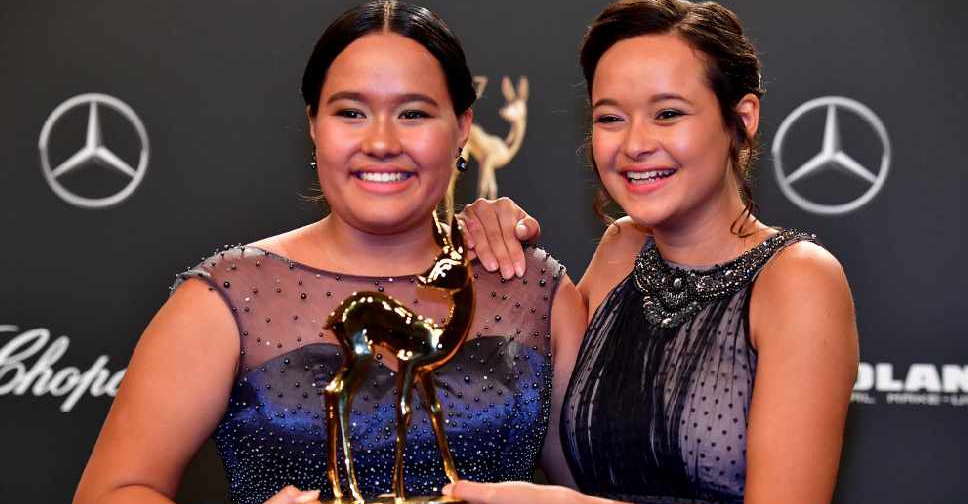 In 2017, sisters Melati and Isabel Wijsen received the Bambi Award in the "Our Earth" category. (AFP)

Dismayed by the plastic waste strewn over their home island of Bali, sisters Melati and Isabel Wijsen have channelled Ted Talks and international conferences in raising global awareness about climate change.

It was not "rocket science," said Melati, 19, of the plastic waste problem that prompted the sisters to set up their "Bye Bye Plastic Bags" initiative seven years ago.

The campaign has grown internationally, with Bali leading the way in Indonesia banning single-use plastic bags.

The sisters aren't resting on their laurels, however.

Tackling climate change is now among the world's most pressing issues, they say. "We know the urgency, we have to take action now," said Melati, speaking from their home surrounded by paddy fields. "We need to see the bar set a lot higher and a lot sooner," she said, calling on policymakers to take swift action.

Melati's activism started when she was only 12 years old and her sister even younger at 10. They have since garnered global attention, speaking at international conferences including setting out their ideas in a Ted Talk.

The sisters say they were inspired by figures such as Nelson Mandela, Princess Diana, and Mahatma Ghandi when at school.

Growing up on the tropical island famed for its beaches and temples, they were disconcerted by the plastic waste everywhere.

"Sadly...we could see that no matter where we went there was plastic constantly surrounding us," Melati said.

Indonesia, an archipelago of more than 17,000 islands, is estimated to be the world’s second-largest contributor of plastic pollutants in the oceans after China, according to a 2015 study published in Science journal.

The Southeast Asian country this year unveiled a plan to cut marine plastic debris by 70 per cent within five years and to be plastic pollution-free by 2040.

But for the sisters' measures on the environment are often too slow and reinforces the need for the young to take action.