Murray edges out Wawrinka in Cincinnati 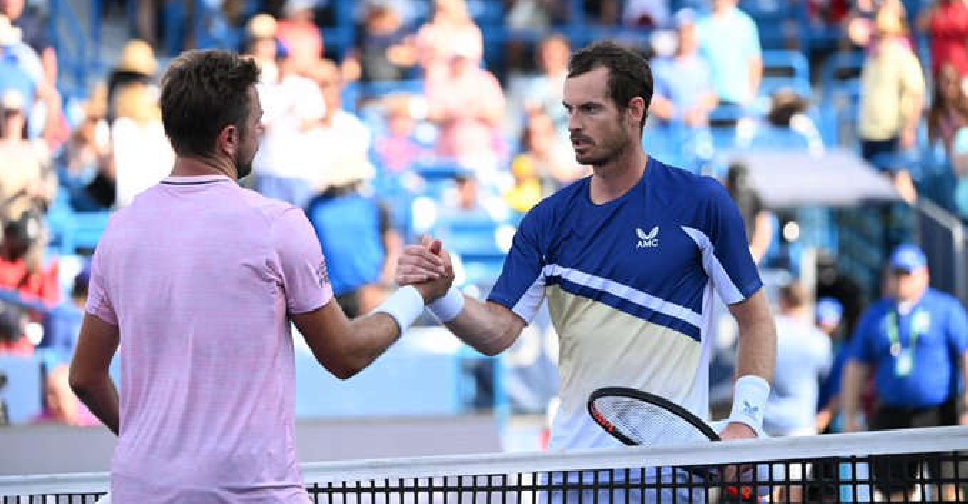 Andy Murray outlasted familiar foe Stan Wawrinka 7-6(3) 5-7 7-5 in their first-round clash at the Cincinnati Open on Monday, the last big test before the U.S. Open.

In the 22nd meeting between the Grand Slam champions, neither could make inroads against the other's serve in the first set until a Wawrinka double fault in the tiebreak opened the door for Murray.

The Scot took full advantage and captured the first set when the Swiss sent a forehand long.

In the second set, a broken racket string led Murray to shank a shot that handed set points to Wawrinka, who converted on his first opportunity to level the match.

Murray, 35, and Wawrinka, 37, both needed visits from physiotherapists in the third set, which Murray claimed when he ripped a return winner on his fourth match point.

"We're not young anymore and matches like this are a lot tougher than they were when we were in our mid-20s," Murray said in an emotional on-court interview.

"Both of us gave our best right until the end."

The former world number has battled through various injuries in recent years but said his passion for the game keeps bringing him back.

"I started playing as a kid because I love it," Murray said while fighting back tears.

"And it has taken a lot of effort, a lot of struggles to get back to play at this level again and I want to make the most of it while I'm still able to."

Next up for the Scot is an all-British battle with ninth seed Cameron Norrie, who beat Holger Rune 7-6(5) 4-6 6-4 in a hard-fought battle.