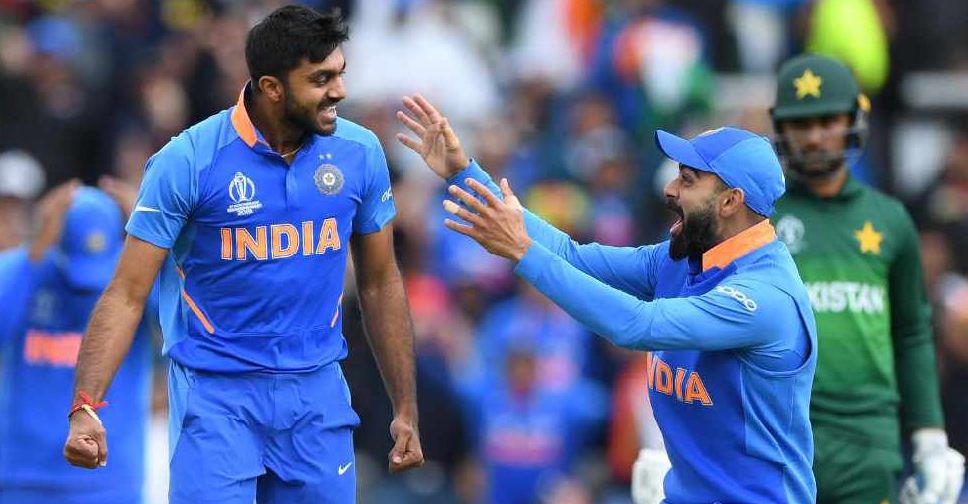 India have kept their winning run intact against Pakistan in the ICC Cricket World Cup.

Intermittent showers affected the game at regular intervals and play was finally reduced to 40 overs when Pakistan were struggling at 166 for 6 in 35 overs, chasing India's 336-5.

After being sent to bat, India had earlier posted the highest total ever in a one-day international at Old Trafford.

In reply, Pakistan got off to a poor start and lost the wicket of opener Imam-ul- Haq (7) who was caught leg before wicket by World Cup debutant Vijay Shankar in the fifth over.

Fakhar Zaman (62) and Babar Azam (48) then steadied the innings with a 104-run second-wicket partnership but their dismissal by Kuldeep Yadav paved the way for Pakistan’s collapse as Mohammad Hafeez (9), Sarfaraz Ahmed (12) and Shoaib Malik (0) fell in quick succession.

Vijay Shankar, Hardik Pandya and Kuldeep Yadav took two wickets each for India, while Mohammad Amir (3-47) was the pick of the Pakistani bowlers.

The World Cup head-to-head record between the sides now stands 7-0 in India’s favour.