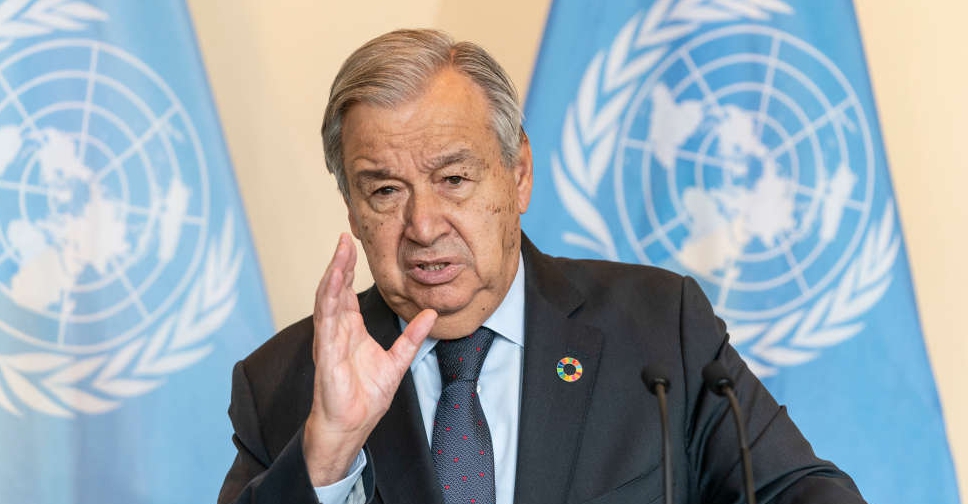 The three leaders will hold a joint news conference after their meetings in Lviv, an important transit point for Ukrainian refugees heading west to Europe since the conflict began.

Guterres, who arrived in Lviv on Wednesday afternoon, plans on Friday to visit the Black Sea port of Odesa, where grain exports have resumed under a UN-brokered deal aimed at easing a worsening global food crisis.

On Saturday, he will travel on to the Joint Coordination Centre in Istanbul that is made up of Russian, Ukrainian, Turkish and UN officials overseeing the Black Sea exports of Ukraine grain and fertilizer.

Three Black Sea ports were unblocked last month under the new deal, making it possible to send hundreds of thousands of tonnes of Ukrainian grain to buyers.

Erdogan's office said he would address ways to increase exports of grain and steps that could be taken towards ending the war between Ukraine and Russia through diplomatic means.

Erdogan will also discuss "all aspects" of bilateral relations between Ankara and Kyiv during his meeting with Zelenskiy, his office said.

Turkey has criticised the Russian invasion and provided Ukraine with arms, including drones, while refusing to join the West in imposing sanctions on Russia - a stance it says has helped its mediation efforts reap results.

Another key topic will be the worrying situation at the Zaporizhzhia nuclear power plant.

Ukraine and Russia blame each other for shelling near the eastern Ukraine nuclear plant, which Russian forces took over in the early stages of what Moscow terms its "special military operation". The plant is still being operated by Ukrainian technicians.

Guterres, who last visited Ukraine in April, this week discussed the conditions for safe functioning of the nuclear plant with Russian Defence Minister Sergei Shoigu, the Russian ministry said in a statement.

The United Nations has said it can help facilitate a visit by International Atomic Energy Agency (IAEA) inspectors to Zaporizhzhia from Kyiv, but Russia said any mission going through Ukraine's capital was too dangerous.