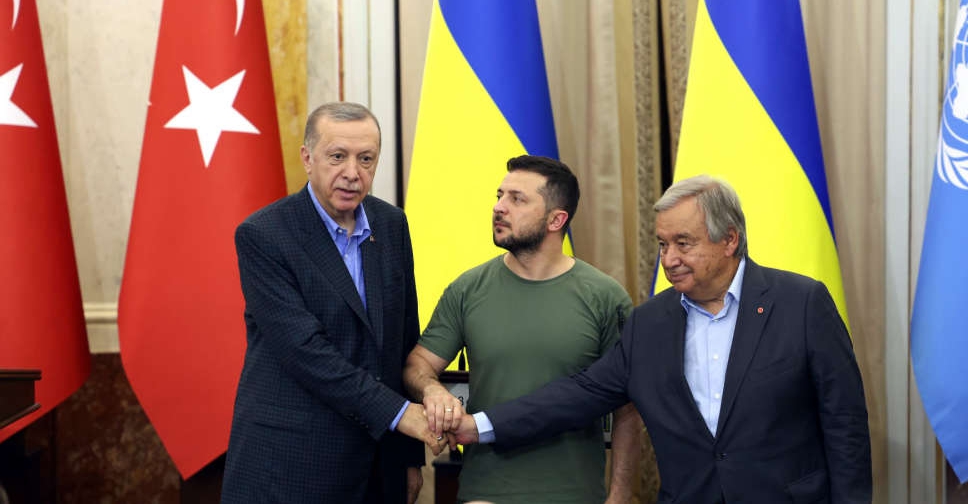 The United Nations Chief and the presidents of Turkey and Ukraine discussed ways to end the war started by Russia and secure Europe's largest nuclear power station, which has come under shelling at the front lines.

U.N. Secretary-General Antonio Guterres told reporters after talks in Lviv, Ukraine, on Thursday that he was gravely concerned by circumstances at the Zaporizhzhia nuclear plant and called for military equipment and personnel to be withdrawn.

In a deal brokered by the U.N. and Turkey, Russia and Ukraine reached an agreement in July for Moscow to lift a blockade of Ukrainian grain shipments, and exports resumed at the beginning of August.

NATO member Turkey has maintained good relations with Russia, an important trade partner, and sought to mediate in the conflict, which began six months ago when Russian forces invaded neighbouring Ukraine.

"Personally, I maintain my belief that the war will ultimately end at the negotiating table. Mr Zelenskiy and Mr Guterres have the same opinion in this regard," Erdogan said.

At the same time, U.S. President Joe Biden's administration is readying about $800 million of additional military aid to Ukraine and could announce it as soon as Friday, three sources familiar with the matter said.

Meanwhile, 17 people were killed and 42 injured in two separate Russian attacks on the major northeastern Ukrainian city of Kharkiv, the regional governor said on Thursday.

Also on Thursday, at least four explosions hit near a major Russian military airport on the Moscow-controlled Crimean peninsula, three local sources said. Ukraine has hinted it orchestrated other blasts over the last 10 days at other Russian installations in Crimea, which Moscow annexed in 2014.

The sources said Thursday's explosions were near Russia's Belbek military airport, north of the Black Sea fleet's headquarters in Sevastopol.