Thousands protest across Thailand in defiance of ban 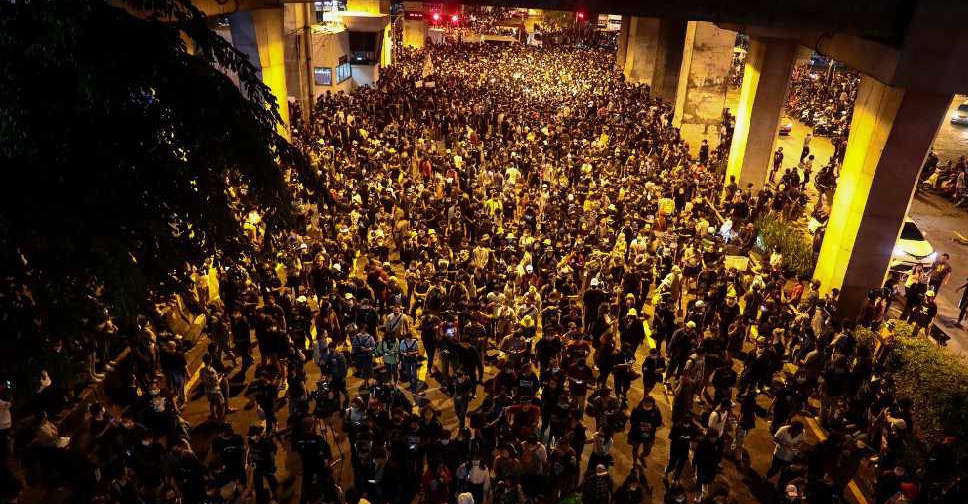 Tens of thousands of people took to the streets in a wave of protests across Bangkok and other Thai cities on Saturday in defiance of a government crackdown following three months of demonstrations aimed at the prime minister and monarchy.

Many protesters said they had been stirred into action by the police's use of water cannon on Friday to disperse thousands of youth-led protesters who included many children.

"It was way over the line. We want to show them our power and that we can’t accept this," said Tang, a 27-year-old office worker among thousands of people who gathered at the Lat Phrao station in the capital Bangkok.

Police attempts to thwart protesters by shutting down Bangkok's public transport network backfired when it led to localised protests across the city involving three main centres and several other smaller demonstrations. There were demonstrations in at least six cities outside Bangkok too.

Police did not intervene, and the protests dispersed after several hours.

"We will primarily negotiate," police spokesman Yingyos Thepjamnong told a news conference. "Enforcing the law will be step by step, using methods that follow international standards."

Protesters demand the removal of Prime Minister Prayuth Chan-ocha, a former military ruler. They have also become openly critical of King Maha Vajiralongkorn despite lese majeste laws that can mean 15 years in jail for insulting the monarchy.

On Thursday, the government banned all political gatherings of five or more people. Police have arrested more than 50 people - including several protest leaders - in the past week.

Government spokesman Anucha Burapachaisri told Reuters: "There is no win or lose for any side. It's all damage to the country."

The Royal Palace has made no comment on the protests but the king has said Thailand needs people who love the country and the monarchy.

Protesters say Prayuth engineered last year's election to keep the power he seized in a 2014 coup - an accusation he denies. They say the monarchy has helped perpetuate years of political influence by the army and seek to curb its powers.

"I condemn those who cracked down on the protesters and those who ordered it. You all have blood on your hands," protest leader Tattep Ruangprapaikitseree said after being freed on bail following his arrest on Friday.

Bail was also granted to one of two activists charged with trying to harm the queen - rarely used charges that carry a potential life sentence - after protesters shouted at her motorcade on Wednesday.

The king and queen spend most of their time in Europe and are on their longest visit to Thailand this year.

The king is mostly resident in Germany and a German diplomat said the government was closely monitoring political developments in Thailand.

"Further violent clashes should be avoided. Peaceful expression must be possible," the diplomat said.

Human rights groups have condemned the dozens of arrests and the use of force against peaceful protests.