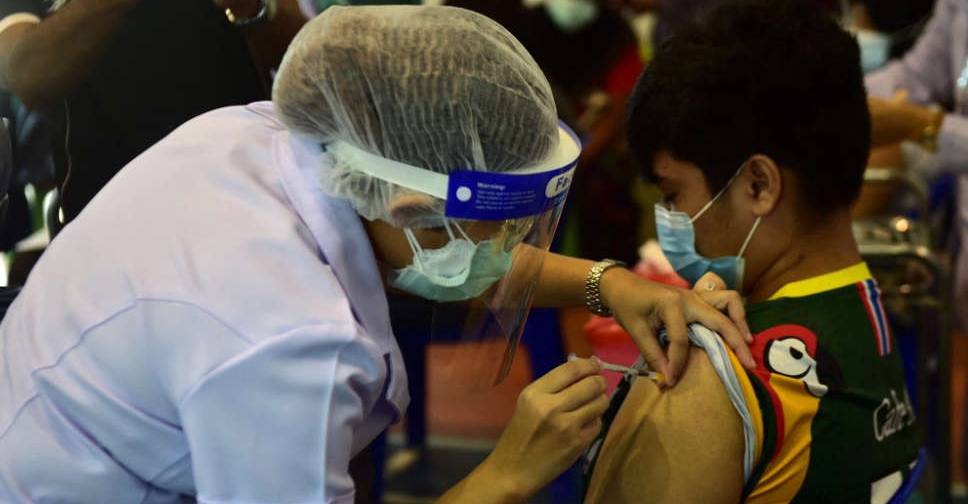 Thailand's health ministry said on Thursday that its COVID-19 vaccine regimen of China's Sinovac followed by British-developed AstraZeneca was safe and successfully boosted immunity among its first 1.5 million recipients.

Thailand in July became the first country in the world to mix a Chinese vaccine and a Western-developed vaccine as cases and deaths in the country surged and the government struggled with vaccine supplies.

"The cross formula has been injected to over 1.5 million people and it is safe," senior health official Supakit Sirilak told a news conference.

He said Thailand, which has been manufacturing the AstraZeneca vaccine, would no longer be giving two doses of Sinovac's CoronaVac.

Just 13 per cent of Thailand's population of over 66 million has been fully vaccinated.

The majority of its 1.2 million infections and 12,103 coronavirus deaths came after April this year, brought on by the highly transmissible Alpha and Delta variants.

The health ministry said the Sinovac-AstraZeneca combination boosted immunity to the same levels as two AstraZeneca shots and meant vaccinations could be completed faster due to the shorter dose gap.

The formula will be used for most of Thailand's vaccinations, Public Health Permanent Secretary Kiatiphum Wongrajit said.

Booster doses will be given to 3 million people who received two Sinovac shots, using a different type of vaccine, likely from this month, health minister Anutin Charnvirakul has said.