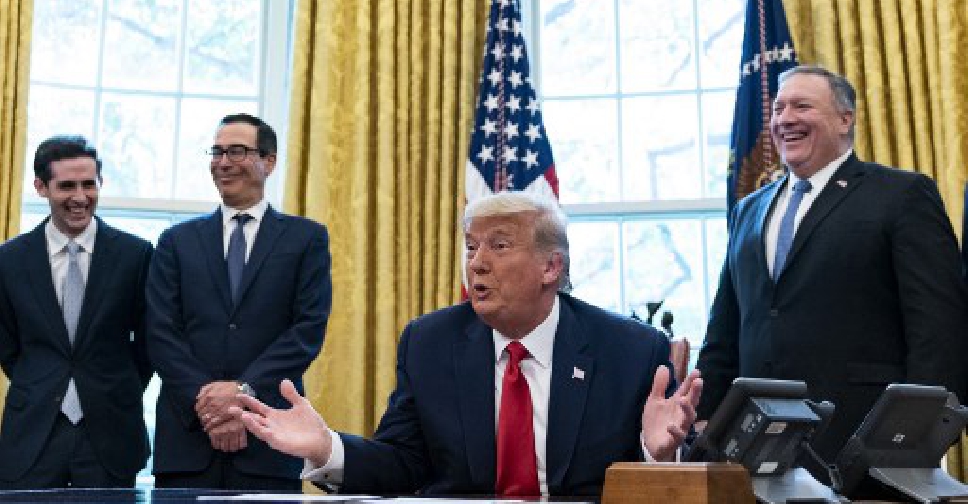 US President Donald Trump announces that Sudan will normalize relations with Israel at the White House in Washington, DC, on October 23, 2020. ALEX EDELMAN / AFP

Israel and Sudan agreed on Friday to take steps to normalise relations in a deal brokered with the help of the United States, making Khartoum the third Arab government to set aside hostilities with Israel in the last two months.

Trump's decision this week to remove Sudan from the U.S. list of state sponsors of terrorism paved the way for the accord with Israel, marking a foreign policy achievement for the Republican president as he seeks a second term trailing in opinion polls behind Democratic rival Joe Biden.

Netanyahu hailed it as a "new era" for the region.

"The leaders agreed to the normalization of relations between Sudan and Israel and to end the state of belligerence between their nations," according to a joint statement issued by the three countries that also promised U.S. help for Khartoum to secure international debt relief.

Israel and Sudan plan to begin by opening economic and trade links, with an initial focus on agriculture, the joint statement said.

A senior U.S. official, speaking on condition of anonymity, said such issues as formal establishment of diplomatic ties would be resolved later.

Trump touted the deal to reporters in the Oval Office with the Israeli and Sudanese leaders on the line in a three-way phone call, saying at least five other countries wanted to follow suit and normalize relations with Israel.

"Do you think 'Sleepy Joe' could have made this deal?" Trump asked Netanyahu, using the president's pejorative nickname for Biden a day after their final, rancorous debate of the 2020 presidential campaign. "Somehow I don't think so."

Netanyahu, reliant on bipartisan support for Israel in Washington, responded haltingly: ""Well, Mr. President, one thing I can tell you, is, um, uh, we appreciate the help for peace from anyone in America."

In recent weeks the United Arab Emirates and Bahrain became the first Arab states in a quarter of a century to agree to formal links with Israel.