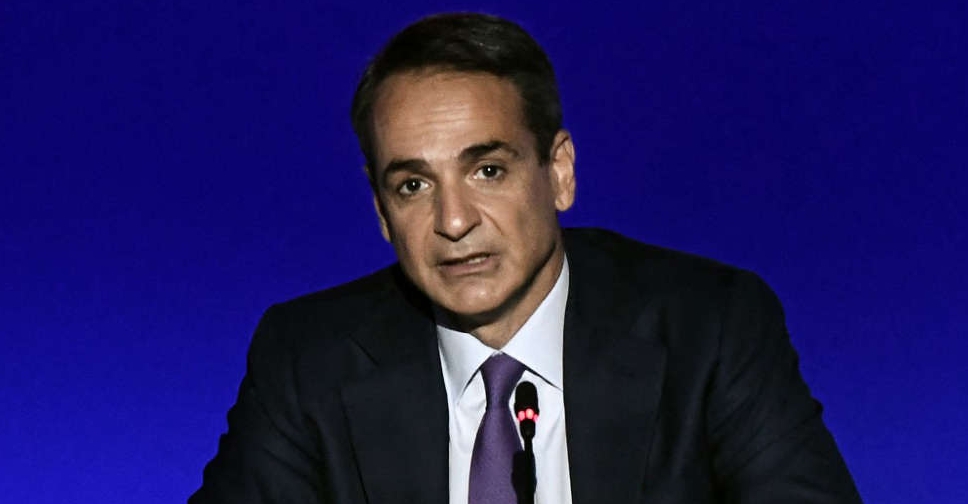 This summer, Greece, Turkey, Cyprus and Spain were ravaged by wildfires and record high temperatures, with scientists warning that the region had turned into a "wildfire hotspot".

Germany, Turkey and China were pounded with devastating floods.

"And in order to address it, we need horizontal policies which essentially permeate every aspect of our economic and our social life."

A U.N. climate panel has warned that deadly heatwaves, huge hurricanes and other freak weather events will only become more severe.

Harvard-educated Mitsotakis, 53, has made climate action a focal point of his administration.

Soon after his election in July 2019, he announced a ban on coal-fired power stations from 2028, and recently created a civil protection ministry tasked with dealing with crises.

Mitsotakis hosted leaders of nine southern European nations, in the "front line" of climate change, in Athens on Friday, when they called for urgent global action as part of an "Athens declaration" initiated by Mitsotakis.

The U.N. COP26 climate conference in Glasgow starting on October 31 aims to wring much more ambitious climate action and the money to go with it from countries around the globe.

In a potential worst-case scenario, the climate crisis would represent the "destruction of human civilisation as we know it", said Mitsotakis.

"We have to be very, very, very clear. This is exactly what is at stake. If the worst-case scenarios materialise, this planet is not going to be hospitable to the human species by the end of this century.

"Here in the Mediterranean, we have almost 6,000 years of civilisation behind us, but it's the duty of our generation to make sure that the future generations will continue to live and thrive and prosper."

The World Meteorological Organisation, a U.N. agency, has assessed the numbers of disasters driven by climate change have increased fivefold over the past 50 years, killing more than 2 million people and costing $3.64 trillion in total losses.

The cost of the crisis was "unimaginable" on a global scale and even in terms of national economies, Mitsotakis said.

Floods in Greece cost half a billion euros last year, and every crop ravaged by weather extremes could run into hundreds of millions in damages, he said. Coastal erosion from rising sea levels was another challenge as a direct threat to tourism, an area of particular importance to Greece.

The country had reduced its greenhouse gasses by 11 million tonnes since late 2019 by moving away from coal, Mitsotakis said. Greek authorities were also moving "at warp speed" to place flood barriers in forests destroyed by fires this summer.

Mitsotakis faced criticism at the government's response to the fires this summer, which forced thousands to flee their homes. He apologised for any shortcomings.

"When faced with fires of this intensity, it is very clear that we need to do things differently," he said. "So we need to learn from our mistakes."