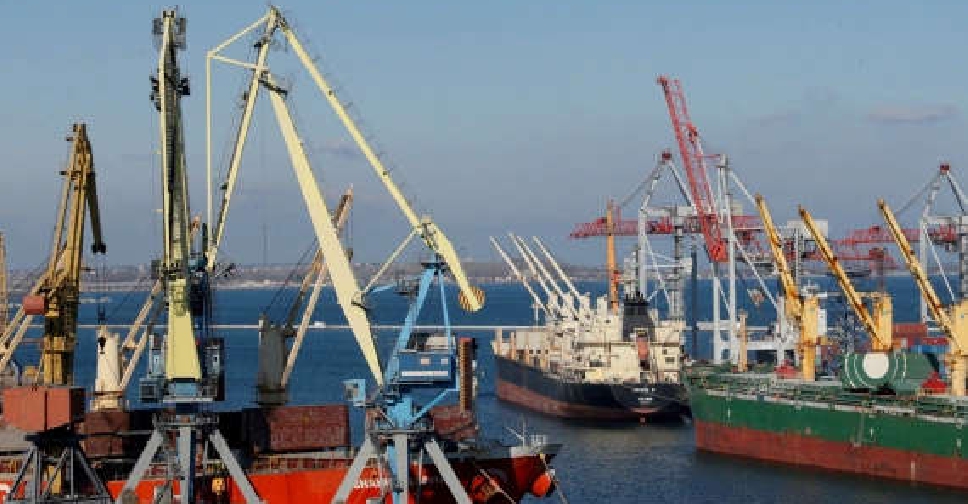 Two more ships left Ukraine's Black Sea ports on Friday, including one laden with the first Ukrainian wheat to be exported under a U.N.-brokered deal, Turkey's defence ministry said.

A total of 14 ships have now departed from Ukraine over the past two weeks, following the deal with Russia to allow a resumption of grain exports from Ukraine's Black Sea ports, after they were stalled for five months due to the war.

The agreement, brokered by the United Nations along with Turkey, was reached last month amid fears that the loss of Ukrainian grain supplies would lead to severe food shortages and even outbreaks of famine in parts of the world.

It was the first shipment of wheat from Ukraine, which, along with Russia, accounted for nearly a third of global wheat exports before Feb. 24, when Moscow launched what it describes as a "special operation" to demilitarise its neighbour.

The Marshall Island-flagged Star Laura also departed from the port of Pivdennyi, bound for Iran with 60,000 tonnes of corn aboard, the ministry said.

So far most of the cargoes under the deal have carried grain for animal feed or for fuel.

There have yet to be shipments to countries most at risk from the global food crisis, although on Thursday Ukraine said a ship is due to come into port that is scheduled to take grain to Ethiopia.

As part of the U.N. deal, all ships are inspected in Istanbul by the Joint Coordination Centre, where Russia, Ukrainian, Turkish and U.N. personnel work.

The Razoni, the first ship to depart Ukraine under the deal, docked in Turkey on Thursday and was headed to Egypt on Friday, Refinitiv ship tracker data showed, after its initial buyer in Lebanon refused delivery.

Shipping agent Toros, which managed the Razoni's offloading in Turkey, said on Thursday that the ship would drop off 1,500 tonnes of its 26,527-tonne load of corn in southern Turkey's Mersin and the rest of it would go to Egypt.

Four other vessels were approved for travel to Ukraine after being inspected by a JCC team in Istanbul. Turkey's defence ministry said on Thursday that the ships that arrived in Ukraine were being loaded.

It was not immediately clear when they would leave. The U.N. has said the number of inbound ships was expected to grow as grain sales are agreed.