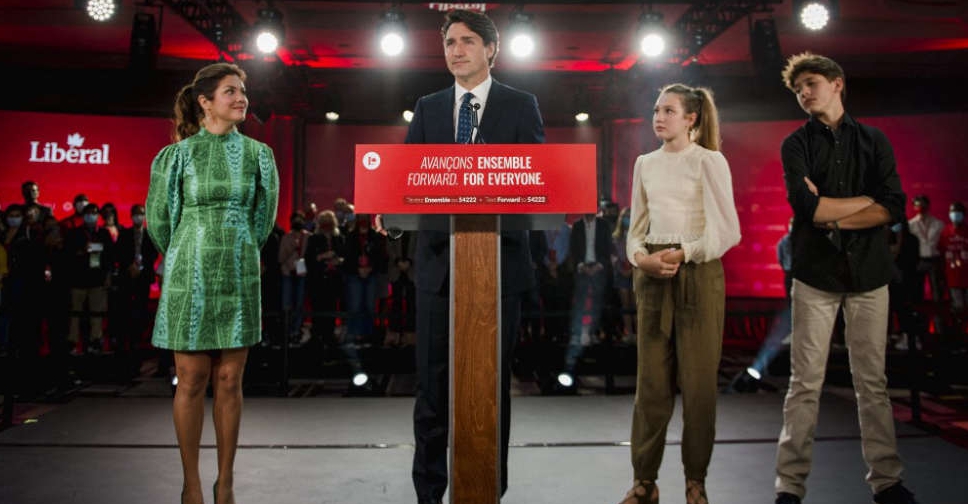 Canadian Prime Minister Justin Trudeau hung onto power on Monday as his main rival conceded defeat, but his Liberals fell short of his goal for a majority win.

Trudeau, in power since 2015 and governing with a minority of House of Commons seats since 2019, decided to gamble on an early vote and capitalise on his government's handling of the pandemic, which included massive spending to support individuals and businesses and a push for high vaccination rates.

Instead, he will end up where he started after an unexpectedly tight election race characterised by a lackluster campaign and voter anger at an election during a pandemic.

CBC and CTV projected that Trudeau's Liberal government would hold a minority of seats in the House of Commons, meaning he will need another party's support to govern.

Elections Canada showed the Liberals leading in 156 electoral districts nationally, one more than they held before the election, including 111 in vote-rich Ontario and Quebec.

"It's a Groundhog Day election," said Gerald Baier, a professor of political science at University of British Columbia. "It seems that ambivalence has stayed (from the 2019 election)."

The House of Commons holds 338 seats and a party needs to win 170 to hold a majority. The Conservatives led in 121 districts.

The Conservatives looked on track to win the popular vote, attracting 34 per cent support to the Liberals' 32 per cent, but Liberal support is centered around urban areas where there are more seats.

"Our support has grown, it's grown across the country, but clearly there is more work for us to do to earn the trust of Canadians," O'Toole told supporters, while suggesting that he planned to stay on as leader. "My family and I are resolutely committed to continuing this journey for Canada."

Polls reported results much more slowly than usual, with some stations forced to limit occupancy due to COVID-19 restrictions. Long lines forced some electors to wait hours to vote in southern Ontario, a critical battleground.

The Canadian dollar strengthened against its US counterpart in Asian trading on Tuesday, in part as a projected election win for Trudeau's Liberal party reassured investors that economic support would continue. 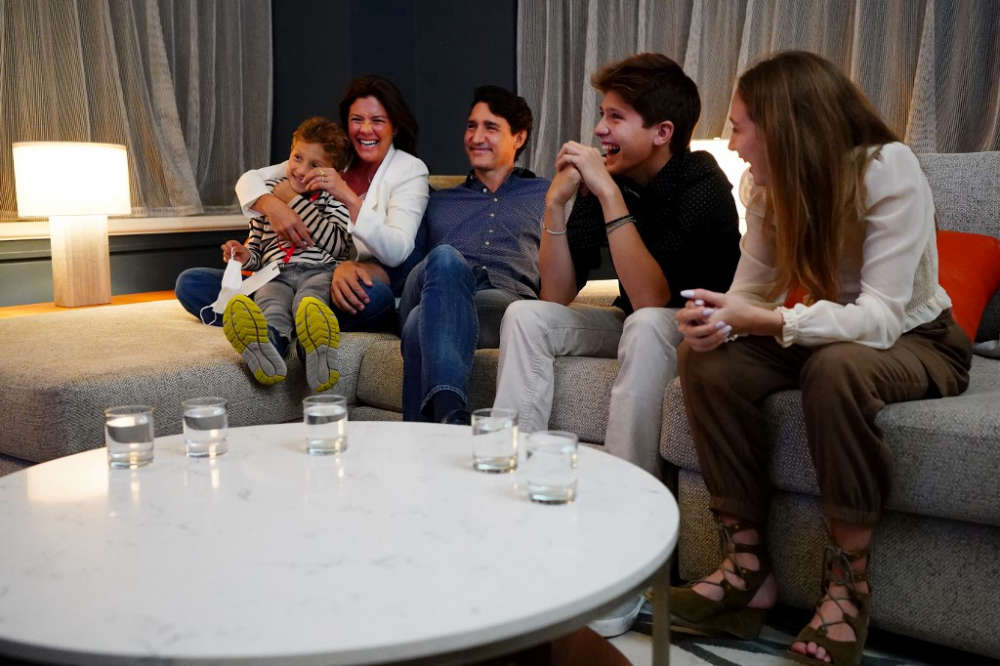 Trudeau, 49, a charismatic progressive and son of former Liberal Prime Minister Pierre Trudeau, swept to power in 2015. But the Liberals dropped to a minority in 2019 after Trudeau was damaged in part by disclosures that he had worn blackface years ago.

Amid a fourth wave of COVID-19, Trudeau backed vaccine mandates while O'Toole, 48, opposed them, preferring a combination of voluntary vaccinations and rapid testing to stop the spread of the virus.

Trudeau had said he needed a new mandate to ensure Canadians approve of his plan for getting the country past the coronavirus pandemic. The Liberals, whose fiscal policy support for the pandemic exceed 23 pre cent of GDP, plan billions in new spending to support economic recovery if re-elected. Cambridge Global Payments Chief Strategist Karl Schamotta said the election result "essentially preserves the status quo and ensures that the fiscal spending plans that have supported the economy for the last year and half are likely to continue."

A delay in counting mail-in votes could further hold up results in tight races.

Elections Canada will not start counting roughly 800,000 mail-in ballots until Tuesday, after it is able to verify them against in-person votes. Those could help to determine the outcome in at least two Atlantic districts and many more across Canada.

A second minority government will mean Trudeau's Liberals will have to rely again on opposition parties, such as the left-leaning New Democratic Party, to pass legislation.

"A win's a win, and time in office and power is when you get to make change," said John Duffy, a former Liberal adviser.