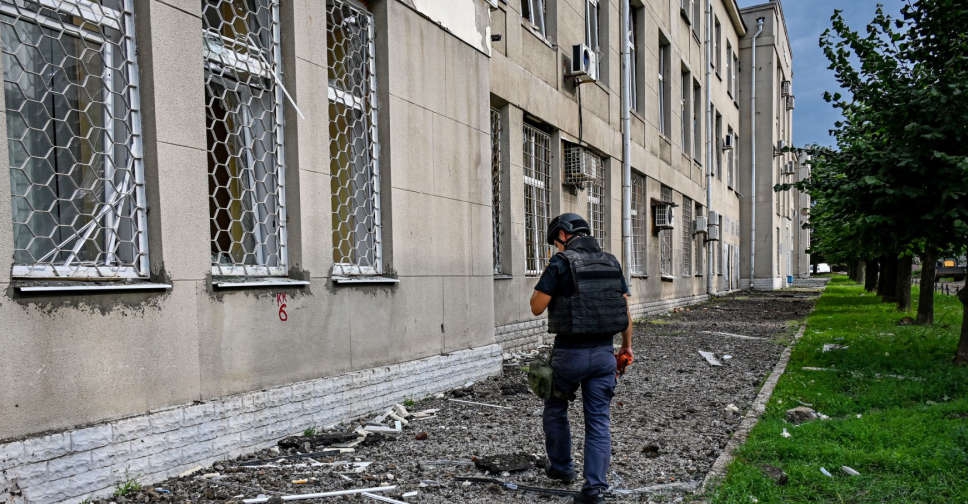 Russia blamed saboteurs for explosions at one of its military bases in Moscow-annexed Crimea while Ukraine hinted it was responsible as its officials said their strategy was to destroy supply lines supporting Russia's invasion.

The blasts on Tuesday engulfed an ammunition depot at a military base in the north of the Crimean peninsula, disrupting trains and forcing the evacuation of 2,000 people from a village, according to Russian officials and news agencies.

Plumes of smoke were later seen at a second Russian military base in central Crimea, Russia's Kommersant newspaper said. The blasts and smoke followed last week's explosions at a Russian military air base in western Crimea that destroyed eight warplanes.

Russia's defence ministry said the explosions at the ammunition depot were "a result of sabotage". The Crimean peninsula, which Russia annexed in 2014, is the main supply route for its forces in southern Ukraine and the base for its Black Sea fleet.

Ukraine did not confirm or deny responsibility for the explosions though its officials cheered Russia's setbacks.

Presidential adviser Mykhailo Podolyak and chief of staff Andriy Yermak both exulted on social media at "demilitarisation", an apparent mocking reference to the word Russia uses to justify its invasion.

"It's creating chaos within their own forces," he said.

As Ukraine considers a counter-offensive in the south, the explosions raised the prospect of new dynamics in the six-month-old war if Ukraine has capability to strike deeper in Russian-occupied territory or pro-Ukraine groups are having success with guerrilla-style attacks.

President Volodymyr Zelenskiy urged Ukrainians to steer clear of Russian military bases and ammunition stores and said the explosions could have various causes, including incompetence.

"But they all mean the same thing - the destruction of the occupiers' logistics, their ammunition, military and other equipment, and command posts, saves the lives of our people," he said in an evening address.

An electricity substation also caught fire in Tuesday's blasts, according to footage on Russian state television. Seven trains were delayed and rail traffic on part of the line in northern Crimea had been suspended, Russia's RIA news agency said.

Pavlo Kyrylenko, the governor of the eastern Donetsk region, which has seen some of the fiercest fighting, said two civilians were killed and seven were wounded in shelling by Russian forces in the past 24 hours.

The Ukrainian government has ordered mass evacuations in Donetsk but for one couple on a small farm near the city of Kramatorsk leaving is not an option.

"Grandmother cannot be transported – she is almost 100 years old," Nataliia Ataiantz, 47, said as she checked on the elderly woman.

For her husband, Oleksandr, the idea of leaving is "scary".

"Our parents are buried here. And this is our land too ... where should we go, to foreign country?" he said.

Attention has also focused in recent days on shelling near the Zaporizhzhia nuclear reactor complex, Europe's largest, in a Russian-occupied part of southeastern Ukraine.

Each side has blamed the other for heightened risks to the Zaporizhzhia plant, which Russia seized in March, though Ukrainian technicians continue to operate it.

The war has caused millions to flee, killed thousands and deepened a geopolitical rift between the West and Russia, which calls its invasion a "special military operation" to demilitarise its neighbour and protect Russian-speaking communities.

Ukraine, which was part of the Russian-dominated Soviet Union until its 1991 break-up, accuses Russia of waging an imperial-style war of conquest.

Russia faced an initial flurry of U.N. denunciations for attacking Ukraine. But wary of growing frustration and with no prospect of the United Nations being able to end the war, some Western diplomats have acknowledged they are limited in how they can significantly further target Russia.