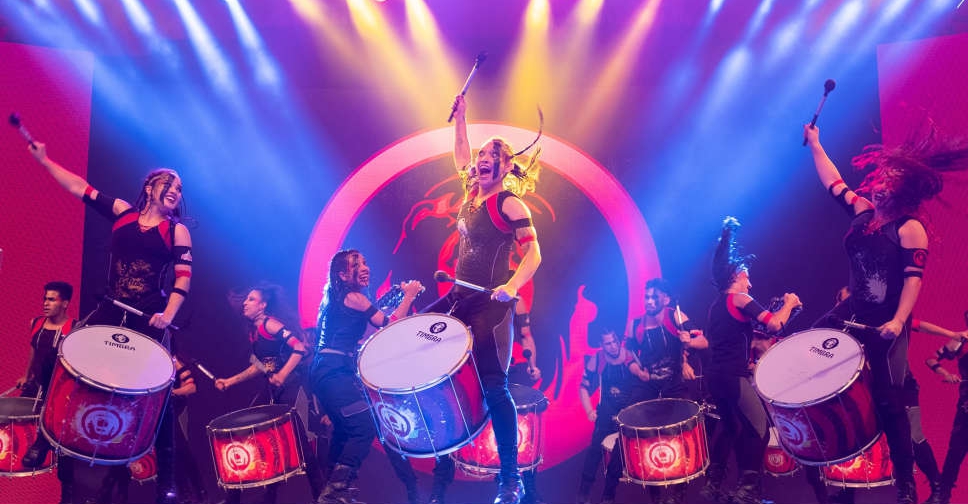 With over 400 performers from around the world, guests can enjoy more than 200 performances each night at the region’s leading multicultural family destination.

Back by popular demand and turning Global Village into the hottest jazz club in town, 'Putting on the Glitz' returns to enthral music lovers with groovy notes and spirited cheers.

If you love all things cool Britannia, 'London Calling' will take you through a whirlwind of nostalgic numbers from the swinging sixties through punk rock to the trend-setting tunes of today.

'Calling Clowns' to the rescue, with hapless fire-fighters who never actually get to fighting fires – the high energy clowns from Colombia are sure to give audiences a laughter riot.

For those who prefer some slapstick comedy 'Bank Heist' will offer a true-blue Dr. Seuss-style escapade featuring Townsville’s very own 'Keystone Kops', determined to crack down on the crime wave.

If you thought your family was crazy, wait till you enter 'Loud House', a big Bollywood celebration featuring an eccentric set of characters in a hilarious soap-opera style show, who will serve up laughter in all its dysfunctional glory.

'Skyline' will provide a vibrant sensory showcase of music, style, dance and light which will transport the audience straight to the heart of Bollywood at night.

Global Village will continue to bring some of the world’s best talent, performing a range of mesmerising spectacles during Season 27.

Straight from the stage of America’s Got Talent (AGT), 'V.Unbeatable' – the extremely talented dance crew from Mumbai got the golden buzzer not once but twice before winning The Champions title in 2020.

The crew will guest star on the Main Stage from January 4 for just one month.

These flyers of the south, as they like to be known, will take centre-stage again in Season 27, having received unprecedented love and support from audiences in Season 26.

Known to defy gravity with their contagious energy and unrivalled acrobatic skills, the group is currently competing in this year’s America’s Got Talent, before they fly right back to Dubai to entertain Global Village guests again this season.

Another international troupe returning by popular demand are the incredible drumming ensemble AAIJAA from Columbia. These extraordinary young percussionists will be pumping the perfect beats for a memorable evening.

Flagship Global Village productions and characters will also be making a return with fresh shows and new storylines.

Global Village’s very own characters, The Wonderers – Ozka, Waleef and Zoya will return in their Main Stage hit, Legend of the Staff.

They will also appear at the Kids Theatre in a brand new production as they uncover 'The Mystery of the Golden Rock'.

Peter Rabbit, Lily Bobtail and Squirrel Nutkin are back on their quest to steal a giant prize radish from Mr. Noweeds – the GV gardener on duty.

The Octonauts are back at their station, as Captain Barnacles, Kwazii and new-ship-mate Kai get on board to complete their new missions and share oceans of fun.

Care Bare favourites – Grumpy, Funshine and Cheer will be making a special on-stage appearance, while Ben & Holly and PJ Masks will also be back in their own shows.

Chhota Bheem will also be on ground to snap a selfie. The Kid’s Theatre will also host Don’t Do the Dodo, based on the illustrated children’s book ‘The Curious Tale of the Dodo’ by world-famous writer, comedian and conservationist Bill Oddie.

Bigger, better, and more explosive than ever! Get ready for the best sequel to Aqua Action – the region’s only water-based stunt show.

"It doesn’t matter where you’re from, what age you are or what you’re into – there really is something for everyone. We want our guests to have exciting new experiences every time they visit and keep coming back for more. That’s why we’ve pulled out all the stops to give our guests the best performers from all over the world," said Shaun Cornell, Director – Entertainment, Dubai Holding Entertainment.

From epic dance moves to echoing drum beats, season 27 is knocking our doors with America's Got Talent's @AGT stars V-UNBEATABLE and the one & only AAINJAA! 🤸🏻 Ready for a season full of excitement? 🤩