Tyga has been arrested for attacking his ex-girlfriend.  The rapper has been booked on a felony domestic abuse charge in Los Angeles.  His 22-year-old ex-girlfriend tweeted out a photo of a black eye she says she got when he assaulted her.  Tyga turned himself in and posted $50,000 bail.

#Tyga allegedly did this to his #exgirlfriend #camarynswanson this past Monday!!! pic.twitter.com/89P4UH2jWV

Dwayne Johnson did an interview with Vanity Fair that he says he knew would be deep and raw and “the culmination and definition” of his career.   He talked about his long feud with Vin Diesel, saying he only agreed to appear in 2017’s “The Fate of the Furious” if he didn’t have to share scenes with Diesel.  “I wanted to forgo drama,” Johnson said. “I thought that that was the best thing to do. For everybody.”  He also talked about what he thought it meant to be “a man.”

Famed astrophysicist Neil Degrasse Tyson says Demi Lovato shouldn’t be too worried about offending extra terrestrials by calling them aliens - he uses the term all the time, and he’s a professional.  Of course, Demi’s also promoting her new show “Unidentified with Demi Lovato,” and has reasons to make this kind of news. 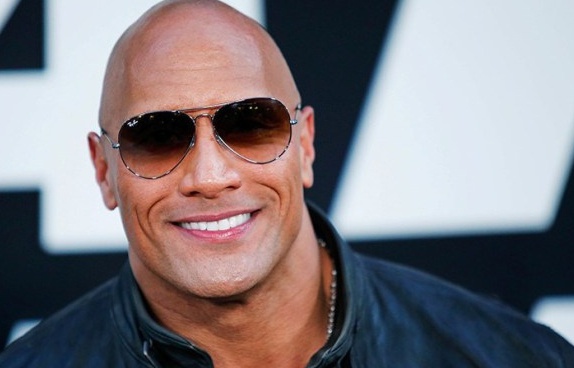