WWE superstar Seth Rollins was attacked by a fan during live show “Raw.”  The fan came out of the crowd and delivered a spear-type move to Seth as he walked away from the ring’, knocking him down.  It was definitely not part of the show, and you can tell the broadcast guys are surprised, but then don’t really acknowledge that the attack happened.   Seth wasn’t hurt, and the fan was arrested.
Will Smith put out a trailer for the new series “Bel-Air” which is described as a drama, rather than a comedy, and is the story of a West Philadelphia teen who is transplanted to the ritzy Los Angeles neighborhood of Bel-Air.  Newcomer Jabari Banks will play the new Fresh Prince.  Fun fact: he’s actually from Philadelphia, and shares the same last name as the Fresh Prince character.   ‘Bel Air” streams next year on the NBC Peacock platform in the US.
NASA launched the Dart mission this morning.  A probe is on its way to collide with an asteroid, to see how it can impact the trajectory of a potential rock coming Earth’s way, creating an Armageddon type situation.  I’m oversimplifying things here, but if we ever find an asteroid coming our way, NASA thinks it would be a good idea to be able to maybe move it out of the way, to save humanity and life as we know it. The asteroid that is the target of Dart isn’t a threat to Earth…so they say. The refrigerator-sized probe will travel 10 months before making impact. NASA is spending $330 million on this project. 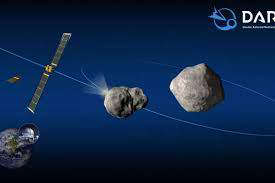