Justin Timberlake is a good dancer… I mean he stole his best moves from Michael Jackson, and he stole them really well… But his feet failed him at a recent performance in Washington DC. Justin was trying to do a well-known dance that originated in the city called Beat Ha Feet… But his attempt was so bad that JT got on social media to apologize for them. And by them, I mean his feet, which he refers to as guys for some reason.  His dance fumble is inspired all kinds of memes and TikTok imitations…

america tried to ruin Janet Jackson for this man pic.twitter.com/OnN5HHFrze

The typically private Kate Bush has spoken out about her song “Running Up That Hill” becoming such a huge hit almost 40 years after its release.  Bush, who is now 63, commented on her website about the 1985 song’s resurgence thanks to the Netflix show “Stranger Things.”  Kate said in a statement. “I salute the (creators) Duffer Brothers for their courage - taking this new series into a much more adult and darker place. I want to thank them so much for bringing the song into so many people’s lives. I'm overwhelmed by the scale of affection and support the song is receiving and it's all happening really fast, as if it's being driven along by a kind of elemental force."  I think she means Vecna. "I have to admit I feel really moved by it all," she concluded. "Thank you so very much for making the song a No. 1 in such an unexpected way."  And there’s a reason that she’s thankful… She owns all the music rights to that song, and word is she’s pulling in about £250,000 per week right now.  That’s about 1.1 million UAE dirhams.

Volume two of Stranger Things season four starts streaming on July 1.  And yesterday we did get a trailer for this finale, which Netflix promises is epic.

Johnny Depp is getting back to work… But not on camera, on stage with a guitar. He’s in a band called Hollywood Vampires which includes Aerosmith guitarist Joe Perry, and rock legend Alice Cooper… They’re gonna be playing some dates in Europe this summer. Here’s the Hollywood Vampires most viewed YouTube video… It’s a cover of a David Bowie song “Heroes.”

People are talking about the Scandinavian sleep method… If you sleep with your husband or wife in the same bed, you should use a different blanket or comforter. That supposedly reduces your sleep interruption by 30%.  Carson Daley, the long time TV host admitted that he and his wife do more than that, they’ve had what he calls a sleep divorce… Sleeping in separate rooms altogether.   Carson says they’ve been sleeping apart since 2020… And it’s been the best thing for their marriage.   One 2017 study by the National Sleep Association found that one in for a couples sleep in separate rooms. 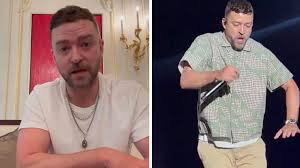