It’s been a couple of months, but finally Jada Pinkett Smith has vocalized some feelings about the Oscar slap. On the new episode of her “Red Table Talk,” Jada set that her husband Will Smith and Chris Rock need to come together and make peace.  After the brief statement, she used the rest of the episode to talk about her alopecia condition, which if you remember was what was sort of at the heart of this whole thing… After Chris made a joke about her shaved head as he hosted the Academy Awards.

Someone sent me this video of a woman removing an opossum from a restaurant in Brooklyn.  He's not happy. The woman who calmly grabbed the large rodent by the scruff of the neck and one-handed it out the door was from Alaska...where they have much larger animals to deal with... So this was.probably no big deal. 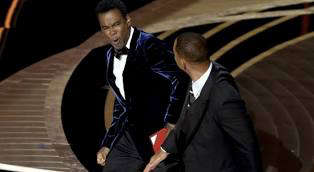