John Wick Chapter 4 was to have come out next month… But due to the delays that we’ve gotten used to over the last couple of years, it has been pushed. The date has been a bit of a mystery; until last night that is, when we got a teaser for the film. A new date is March 23, 2023.

Andrew Garfield made some offhanded comment about quitting acting the other day and everybody thought he meant he was retiring from the business.… But as he clarified on The View yesterday, he’s just taking a little time off because it’s been a big ear. Andrew also talked about that viral picture of him texting at the Oscars after the slap incident.

Pete Davidson is the new face of H&M. He just had a new commercial drop yesterday. 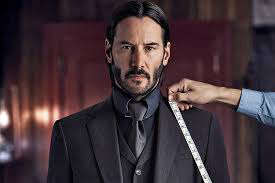