Could there be a new Justin Bieber Album

Justin Bieber's manager Scooter Braun teased Belibers in a now-deleted tweet that a new Justin Bieber album could be coming up! Fans of the "Baby" singer quickly jumped on the tweet begging Scooter to not be joking before the Tweet got deleted. Scooter quickly replaced his, possibly too revealing tweet, with another one saying:

And we don't mean to sound ungrateful, but Justin hasn't released an album since 2015, there is a Beiber-shaped hole in the music industry that just needs to be filled!

Anyway, back to Justin's manager, Scooter. Before tweeting the above, Scooter jumped on to Twitter and sent the following to Justin: 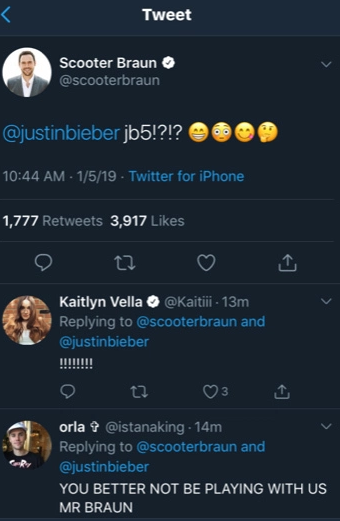 Justin didn't respond, in fact, go on Justin's Twitter profile and it looks like an archive from 2015, as he's still promoting his 2015 album Purpose. Apart from an apology Tweet to Jojo Siwa, which is a whole other story we won't get into.

The tweet was up long enough to spark mayhem and to get us to talk about it, so we wanna know - could 2019 be the year of the Bieber comeback?! 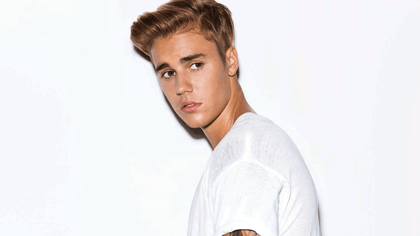