Chrissy Teigen has done it again! If it's not awkwardly smiling during a speech at an awards ceremony, of course, she had to get poked in the eye with an umbrella as soon as the clock struck midnight on New Year's Eve.

If you haven't seen the video yet, take a look at what happened to Chrissy below while celebrating the ball dropping in New York City.

To be fair, she took it like a champ, later telling all her fans "EYE'M fine" - lols.

7am. Heading back out to time’s square to find my eyeball

We couldn't just leave it there though, we needed to take a trip down memory lane to remind ourselves of all the other great times Chrissy Teigen went viral - enjoy!

1: #CryFace at the Golden Globes 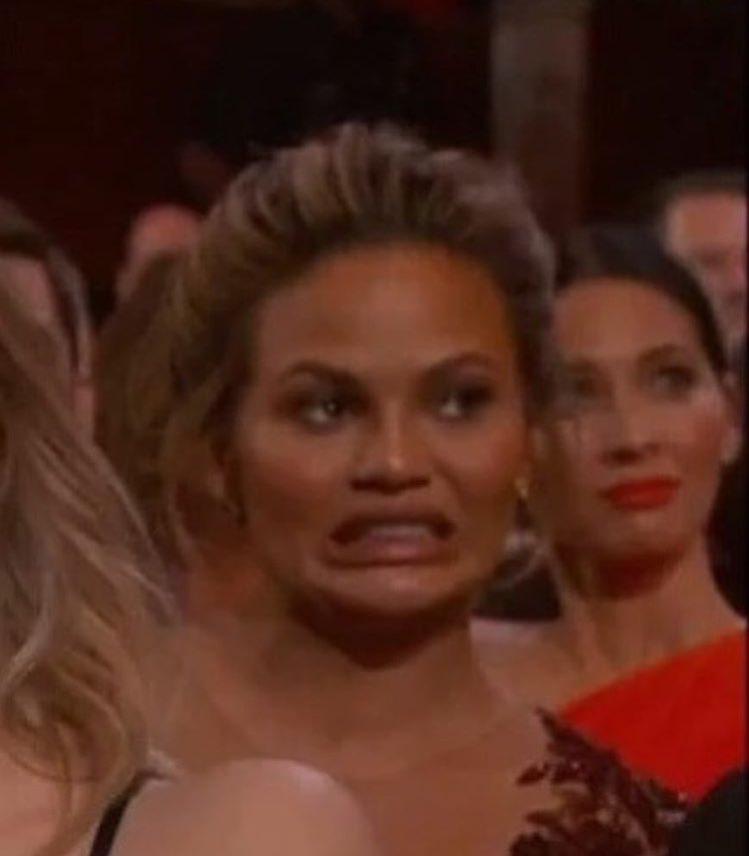 3: Every time she roasts her husband

settle down, you're okay at it

John when you tell him he looks like Arthur pic.twitter.com/0NW3NDtAb1

4: When she attempted to move out of frame at the 2018 Emmys

Never change Chrissy, we love you!