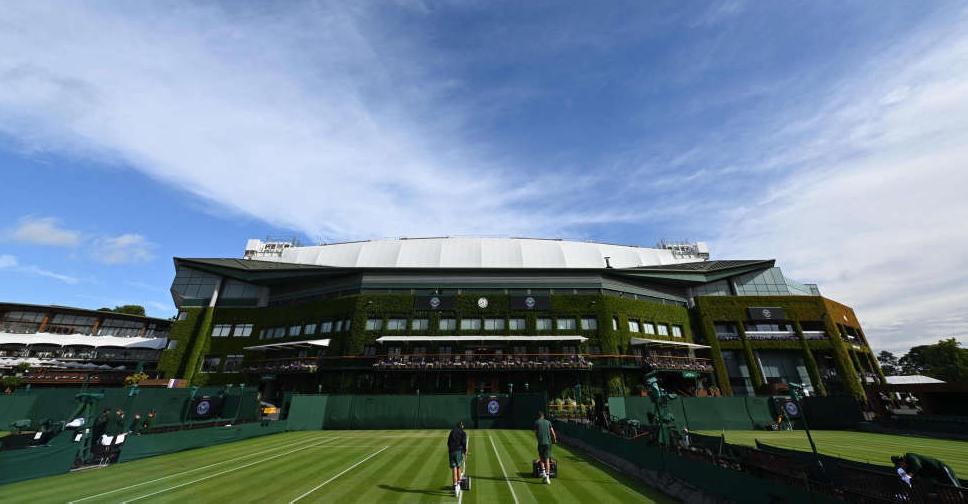 Fourth seed Stefanos Tsitsipas romped into the third round at Wimbledon on Thursday with a 6-2 6-3 7-5 victory over Jordan Thompson.

The win sets up a crowd-pleasing clash with another Australian, temperamental showman Nick Kyrgios.

"We've had some great matches at many levels of competition," Tsitsipas said of Kyrgios.

"I have great respect for the way he fights when he really wants to."

Kyrgios beat Tsitsipas the last time they met - on grass in the second round at Halle earlier this month.

On Thursday, the 23-year-old Tsitsipas displayed none of the jitters that lost him a set against qualifier Alexander Ritschard in the first round on Tuesday.

He kept on top of some punishing baseline rallies, breaking the Australian's serve twice in each of the first two sets and taking the third when Thompson put a forehand long on his own serve at match point.

Thompson, 28, and ranked 76 in the world, has never beaten a top-10 player at a Grand Slam tournament and was upset when the umpire overruled a line call, earning his opponent a break point in the seventh game of the second set.

He thumped a ball in frustration when Tsitsipas took the set while the Greek kept his cool and his tennis quality high on the other side of the net.

"I'm very happy I got the crowd involved and that pushed me," Tsitsipas said.

Earlier, Kyrgios blasted past Serbia’s Filip Krajinovic 6-2 6-3 6-1 in 85 minutes to charge into the third round almost without breaking sweat.