Premier League: Spurs, Arsenal and City all miss chance to close gap at the top 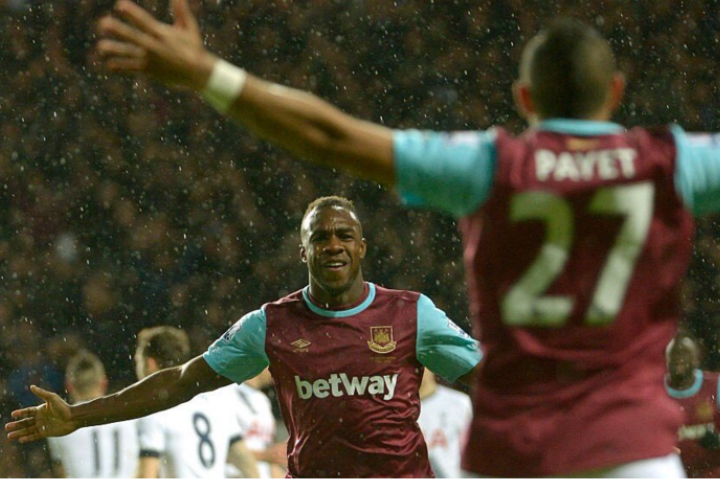 Without even playing, it proved to be a good night for Premier League leaders, Leicester, with their closest rivals Tottenham, Arsenal and Manchester City all losing. Spurs missed their chance to go top, as they went down 1-0 at London rivals West Ham. Antonio put the impressive Hammers ahead after just seven minutes, heading home Dimitri Payet’s corner. Despite gaining 17 points from losing positions already this season, more than any other side, the visitors never looked like adding to that tally as a dominant West Ham got a deserved victory, to move within a point of the Champions League places. Across the English capital at the Emirates Stadium, Arsenal suffered a shock 2-1 defeat to Swansea. The Gunners went ahead through Joel Campbell’s 15th minute strike, but Wayne Routledge levelled matters on the half-hour mark. Olivier Giroud and Alexis Sanchez both hit the woodwork, before Ashley Williams’ late header won it for the Swans.At Anfield, Liverpool gained swift revenge for Sunday’s League Cup final defeat to Manchester City, by thrashing Manuel Pellegrini’s men 3-0. Adam Lallana’s low drive put the Reds ahead, and James Milner added another before half-time. Roberto Firmino then completed the rout in the second half, finishing off a fine team move. That result meant that Manchester United moved level on points with their city-rivals, after Juan Mata’s late strike gave them a narrow 1-0 win over Watford. Elsewhere, Newcastle missed the chance to climb out of the relegation zone, going down 1-0 at Stoke, with Xherdan Shaqiri getting the winner with 10 minutes remaining. Leicester lead the table on 57 points, with Spurs three points behind in second and Arsenal a further three adrift in third. Man City (47 points) currently hold the last Champions League spot thanks to a superior goal difference over rivals Man United, with West Ham, Stoke and Liverpool in close pursuit. At the other end, Aston Villa remain cast adrift on 16 points, with Norwich, Sunderland and Newcastle all eight points ahead.