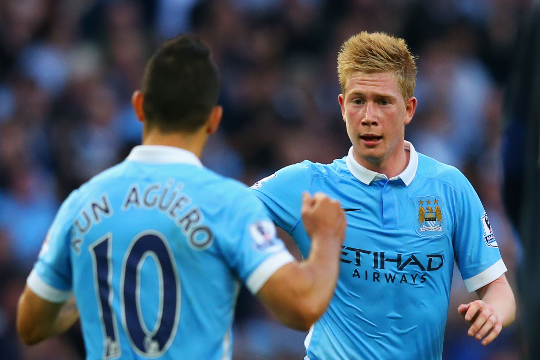 Manchester City will look to return to the top of the EPL table, for 24 hours at least, when they host Newcastle at the Etihad Stadium (6pm, UAE time). Manuel Pellegrini's men had led the way until last weekend, when a 4-1 loss at Spurs meant they were overtaken at the top by bitter-rivals, Manchester United, who play Arsenal tomorrow. However, City, and their star striker Sergio Aguero, should be boosted after their midweek win in the Champions League over Borussia Monchengladbach, secured thanks to the Argentine’s last minute penalty. Despite a winless start to the season, Newcastle could also start the game with more confidence following their battling performance in a 2-2 draw against Chelsea last time out. The champions, meanwhile, welcome Southampton to Stamford Bridge in the late kick-off (8:30pm), as they seek to get the defence of their title back on track. Jose Mourinho’s men are 15th in the table after taking just 8 points from 21 so far this season. Elsewhere, high-flying West Ham travel to bottom-of-the-table Sunderland, Leicester go to Norwich, Aston Villa host Stoke City, Bournemouth are at home to Watford (all 3pm), and in the day’s early game (3:45pm), Crystal Palace take on West Brom at Selhurst Park.