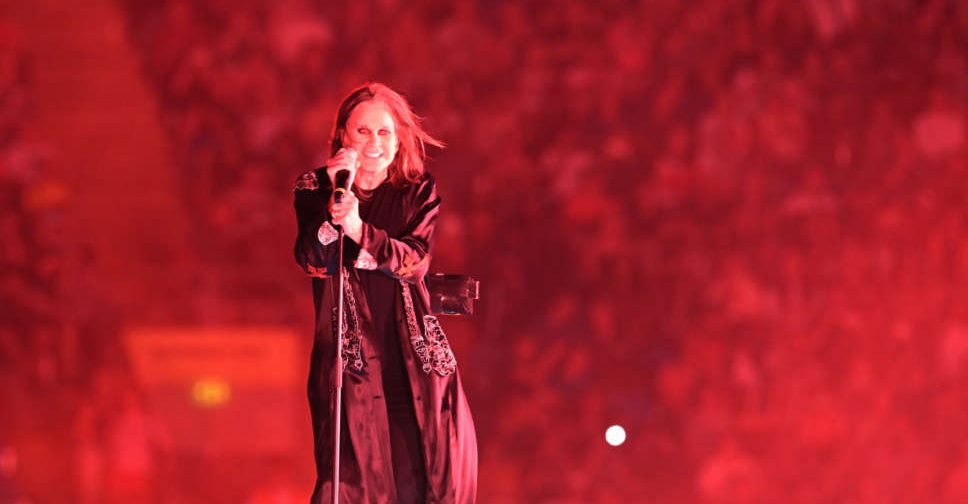 Legendary Black Sabbath frontman Ozzy Osbourne brought the curtain down on the Commonwealth Games in spectacular style on Monday as dominant Australia celebrated finishing top of the medals table yet again.

Athletes swarmed Birmingham's Alexander Stadium for a closing party that also featured UB40, Dexys and a tribute to Peaky Blinders, the global hit TV show about the city's most notorious gang.

Birmingham-born Osbourne brought the ceremony to a climax after emerging as the surprise act.

The show, celebrating Birmingham's rise from the wreckage of World War II and its emergence as a diverse and vibrant modern city, brought 11 days of sporting action to a close.

Earlier, six-time defending champions Australia wrapped up their campaign in style, hammering India 7-0 in the men's hockey final to end up with 67 golds overall.

Hosts England ended in second place with 57 golds, ahead of Canada on 26 and India on 22, with para sports included in the medal tally.

Sporting powerhouse Australia have topped the table at every Games since 1990 except in 2014, when England finished in first place in Glasgow.

"We have won seven, but it's not as simple as coming out here and winning," he said. "There are so many challenges that go into winning a tournament of hockey.

"To finish off with a special performance like that, really clinical, was very nice."

The Birmingham Games made history in being the first to award more medals to women than men.

Australian swimming great Emma McKeon became the most decorated athlete in Commonwealth Games history, with 20 medals -- including six golds in Birmingham, while the tiny island of Niue won its first ever Commonwealth Games medal, a boxing bronze for Duken Tutakitoa-Williams.

Commonwealth Games Federation president Louise Martin handed the flag to Linda Dessau, the governor of the Australian state of Victoria, which will host the 2026 Games.

Martin said Birmingham had put on an event "unlike any we've seen before".

"We are emerging from one of the most challenging periods in modern history, where the Covid-19 pandemic has kept us apart," she said.

"Birmingham 2022 proved to be a special moment when we reunited, when the power of sport to connect us came into sharp focus."