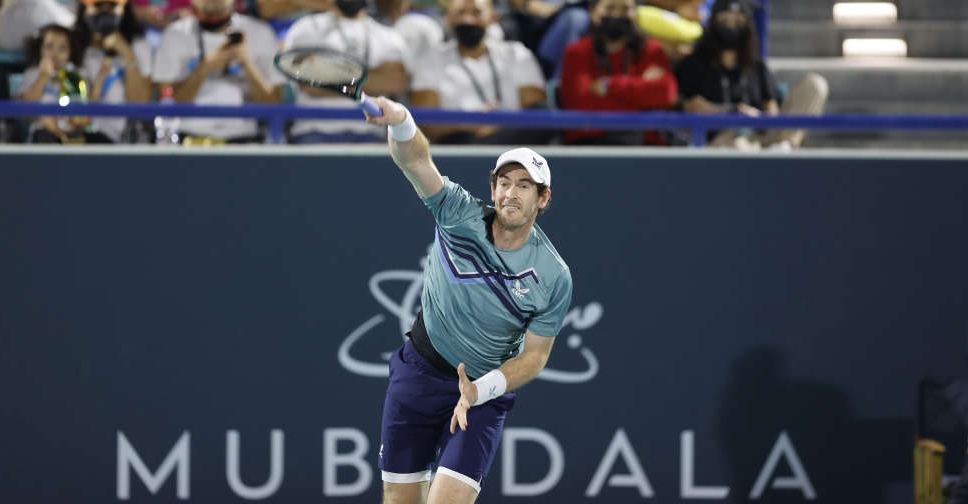 Former world number one Andy Murray eased past Rafa Nadal 6-3 7-5 in the Spaniard's comeback match at the World Tennis Championship exhibition tournament in Abu Dhabi on Friday to set up a summit clash with Russia's Andrey Rublev.

More than five years on from their last meeting, both players made impressive starts but the Scot's superior match practice told as he saved a break point in the third game of the match and then broke himself to easily claim the first set.

"Me and Rafa have played so many tough matches over the years... both of us have gone through injury troubles and it's just great to have the opportunity to be with him on court again," said Murray.

Nadal, who was making his first appearance since the Washington Open in August due to a foot injury, added: "Special to be back in a competition... at the same time we haven't played each other in a while. Super happy to be seeing Andy playing at this great level."

The 20-times Grand Slam champion battled valiantly in the second set and saved a number of break opportunities, but it was Murray who secured the crucial break at 5-5 before serving out to secure victory in an hour and 50 minutes.

"For me, this is a comeback. It wasn't a bad match for me. After a long time on a professional court, so positive feelings," added Nadal.