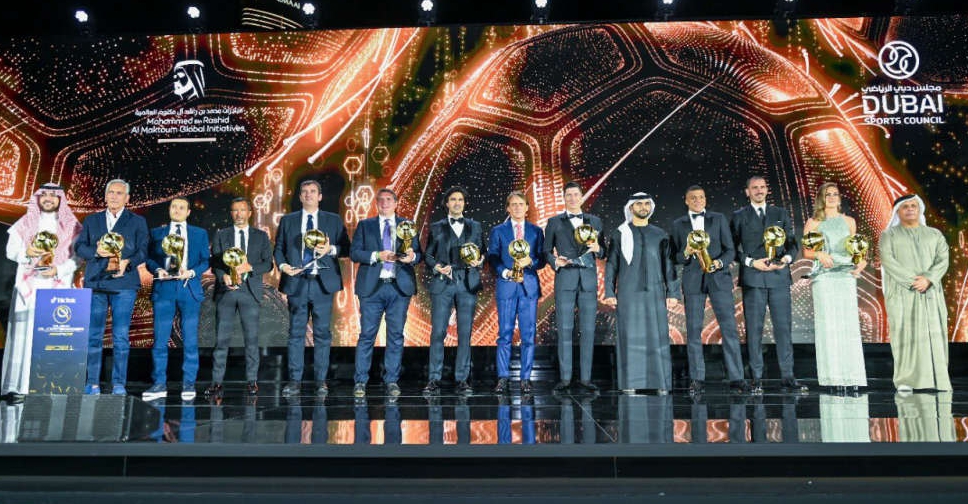 The Poland captain was also crowned the best goal scorer of the year.

Cristiano Ronaldo and Ronaldinho were among the other winners at the Awards' 12th edition.

Spain international and captain of the FC Barcelona women’s team, Alexia Putellas, was named Women's Player of the Year, and her club FC Barcelona was adjudged Dubai Globe Soccer Women’s Club of the Year.

Italy, winners of the 2020 UEFA European Championship, were crowned Best National Team, and their coach Roberto Mancini was named Coach of the Year.

Juventus centre-back Leonardo Bonucci, who has been an integral member of Mancini’s record-setting Italy national team, picked up the award for the Defender of the Year, while the Italian league was honoured with the Dubai Globe Soccer Innovation Award.

What a phenomenal night! Thank you for making Globe Soccer Awards 2021 so special 🙏🏆@DubaiSC @TikTokMENA pic.twitter.com/1SCUjnItXr

We congratulate all the winners of the Dubai Globe Soccer Awards 2021, which brought together sporting luminaries from around the world; the event's success further raises Dubai's profile as a leading global sports destination. pic.twitter.com/Dqsgbg8ZgU