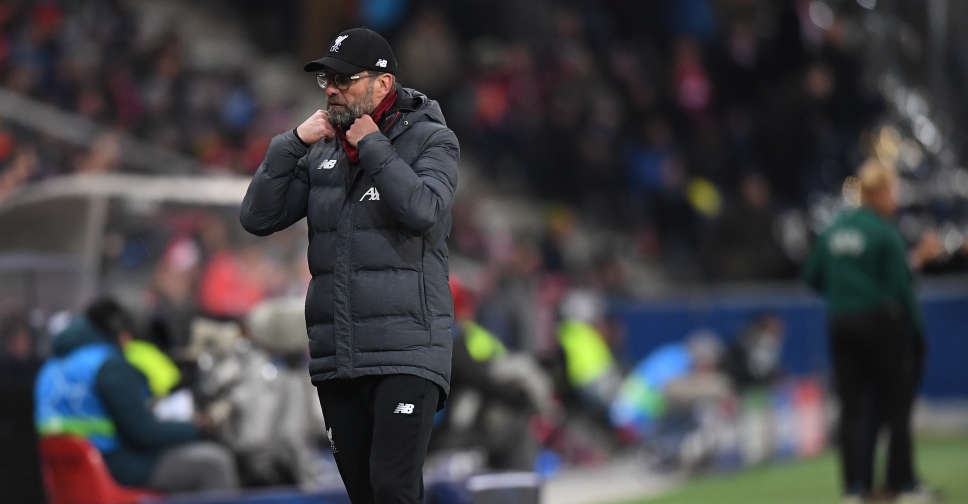 Liverpool manager Juergen Klopp said players not vaccinated against COVID-19 pose a health risk and it was unlikely the Merseyside club would sign players who refuse the vaccine.

Aston Villa boss Steven Gerrard and his Crystal Palace counterpart Patrick Vieira both said that vaccine status might be a consideration when signing new players as cases continue to rise in the Premier League.

The league said in October that 68 per cent of its players were double-jabbed but on Monday announced a record 42 cases in a week.

COVID-19 outbreaks at various clubs have forced the postponement of 10 games so far, including six from this weekend's round of fixtures.

"We are not close to signing a player but I thought about it and yes, it will be influential, definitely," said Klopp, who was previously undecided on whether vaccination status would influence Liverpool's transfer policy.

"If a player is not vaccinated at all, he is a constant threat for all of us... From an organisational point of view, it gets really messy. If you really want to follow the protocols, it is really difficult to do it.

If one (player) gets COVID, and others are around him, they are in isolation... So of course it will be influential. We are not going to create a building for unvaccinated players. Hopefully, it will not be necessary."

Liverpool, second in the Premier League with 40 points after 17 games, will take on Tottenham Hotspur on Sunday. Seventh-placed Tottenham have not played since Dec. 5 and had two league games postponed following a coronavirus outbreak at the club.