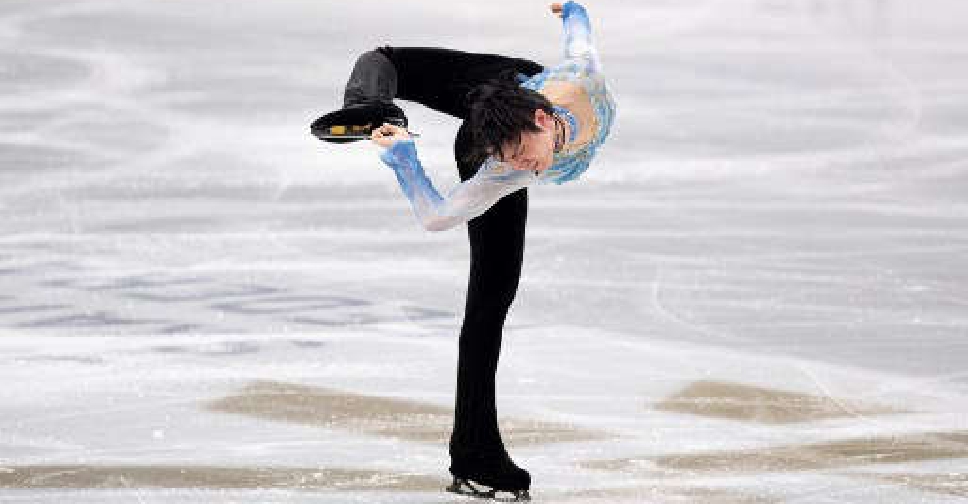 After the men's short programme in his first competitive skate in eight months, he took the lead.

The 27-year-old landed a quad salchow, a quad toe-triple toe combination and a triple axel to help him to a score of 111.31, leading reigning Olympic silver medallist Shoma Uno by nearly 10 points with Yuma Kagiyama in third.

Hanyu, who won Olympic gold in the men's singles at both the Sochi and Pyeongchang Winter Games, last competed in the World Team Trophy back in April and missed the Grand Prix season because of a right ankle injury.

Hanyu this week confirmed his plans to participate in the February 4 to 20 Beijing Olympics. He said he intends to incorporate the first quadruple axel in competition in his free skate programme on Sunday after landing the jump in training.

"Everything went exactly as I'd planed it over six days of practice," Hanyu was quoted as saying by Kyodo News.

"I had the feel for my programme that I expected to and was able to stay calm. I think I'm calm now that I've cleared my first competition.

"I'm not completely satisfied as there were things I can do better, while I did uncover things I could do well... Of course, I'm still planning to attempt" the quad axel.

Hanyu also injured his ankle in the build-up to the 2018 Pyeongchang Games, an injury that kept him off the ice for two months.

However, he returned to fitness in time to become the first man in 66 years to win back-to-back figure skating titles.