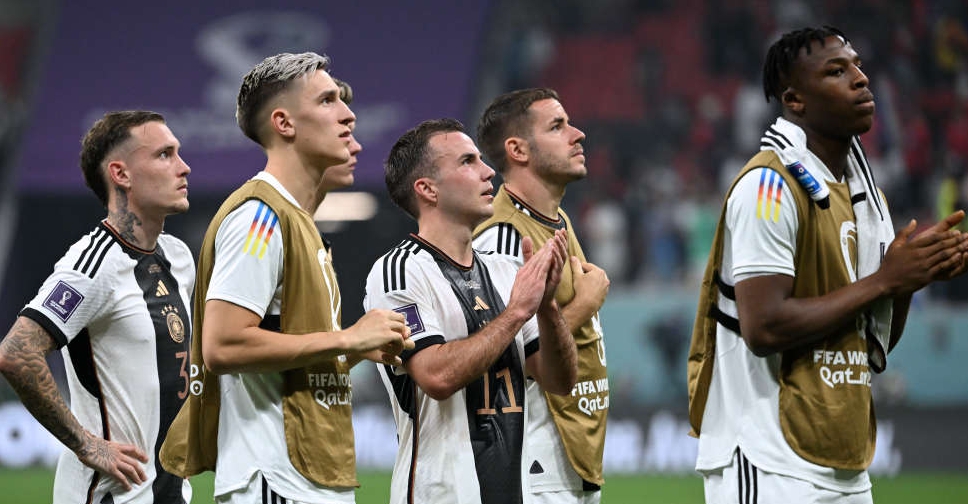 German football plummeted deeper into crisis on Thursday after the national team tumbled out of the World Cup in Qatar despite a 4-2 victory over Costa Rica in their final Group E match.

The 1-1 draw with Spain following their shock 2-1 opening defeat to Japan had given Hansi Flick's men some hope of advancing but even victory against Costa Rica was not enough to prevent yet another tournament debacle, with the Germans condemned to their second straight World Cup first round exit.

The Germans had been one of the most dominant forces of the sport for almost 70 years, having won four World Cup titles since 1954, trailing only Brazil's haul of five.

But Flick's team was overwhelmed, badly prepared and below standard at the tournament, failing to show any of the characteristics that had turned them into a world beating force for so many decades.

But those successes are now a distant memory with Germany a shadow of their former powerful self.

Gone are their never-give-up qualities, their determination and conviction that any game, no matter what the score, could be turned.

Instead it was the Japanese who took a page out of their book and came from a goal down in their opening match of the tournament to score twice late on and snatch victory.

Four days later the Spaniards should have done better than a 1-1 draw against them having dominated for much of the game.

Flick's team was patchwork of ageing and inexperienced players with their choice of centre forwards being that of either 29-year-old Niclas Fuellkrug, who earned his first cap days before the World Cup, and Youssoufa Moukoko, the youngest player in the tournament.

A leaking defence had been an issue for months and Flick did not play the same backline twice in all the matches he has been in charge coming into the World Cup.

The absence of a natural leader on the pitch in the mould of past greats Franz Beckenbauer, Lothar Matthaeus or Bastian Schweinsteiger -- the one player who would take responsibility at tough times to guide the team -- was glaringly absent.

Team captain Manuel Neuer cannot do it from his goal while midfielders Ilkay Guendogan and Joshua Kimmich consistently shied away from this role.

Thomas Mueller, who was dropped from the national team a few years ago only to be brought back, is far from the player who lifted the trophy in 2014 and hinted at an international retirement after their last group game.