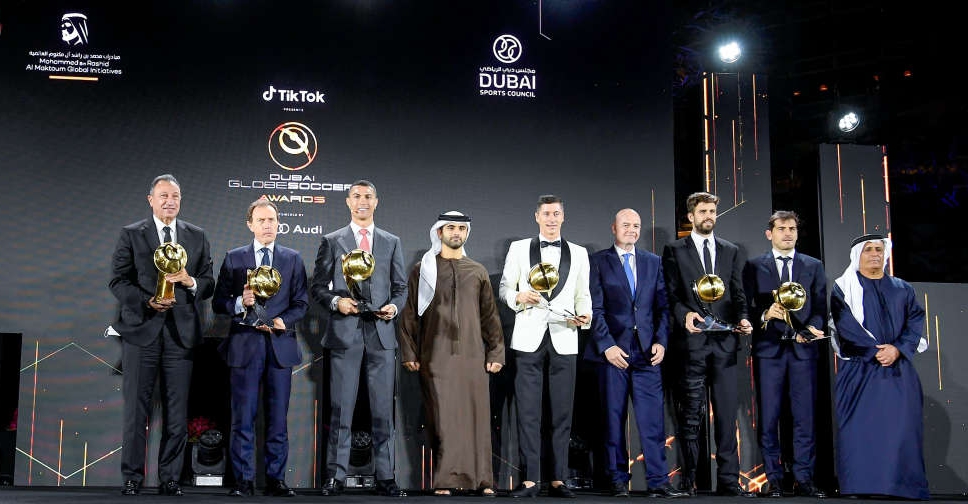 The event will take place on December 27, alongside the Dubai Globe Soccer Awards.

Organised under the Mohammed Bin Rashid Al Maktoum Global Initiatives by Dubai Sports Council, the Conference has been bringing football’s top stakeholders together every year since 2006 for exploring ways to develop and enrich the sport at domestic, regional and international levels.

Sheikh Mansoor highlighted the importance of the annual event, which has brought together elite players, coaches and decision-makers from the world of football.

"This year, we are pleased to host a new set of elite stars, whose performances have electrified football venues around the globe and brought joy to fans in every corner of the world. It is fitting that we will be celebrating their achievements at an awards ceremony at the Burj Khalifa, which is a symbol of Emirati excellence and creativity and an iconic landmark that is known all over the world," Sheikh Mansoor added.

The star-studded Conference will kick off at 7:00 pm. It will be followed by the Dubai Globe Soccer Awards, which will recognise the football world’s outstanding individuals and organisations in 2021.

They were shortlisted following two rounds of voting by more than 5 million fans from around the globe.

Lewandowski is also on the shortlist for the TikTok Fans' Player of the Year Award, alongside Benzema, Mbappé, Messi, Ronaldo and Salah.

.@sheikhmansoor bin Mohammed welcomes the world’s leading football personalities to the 16th session of the Dubai International Sports Conference, which will take place on 27 December, alongside the @Globe_Soccer.https://t.co/wB65Q1uagV pic.twitter.com/Ty3gQWFDMF

.@sheikhmansoor: The Dubai International Sports Conference has become a global platform for top football players, managers and training professionals to exchange perspectives on the present and future of football.