Barcelona striker Aguero retires at 33 due to heart condition 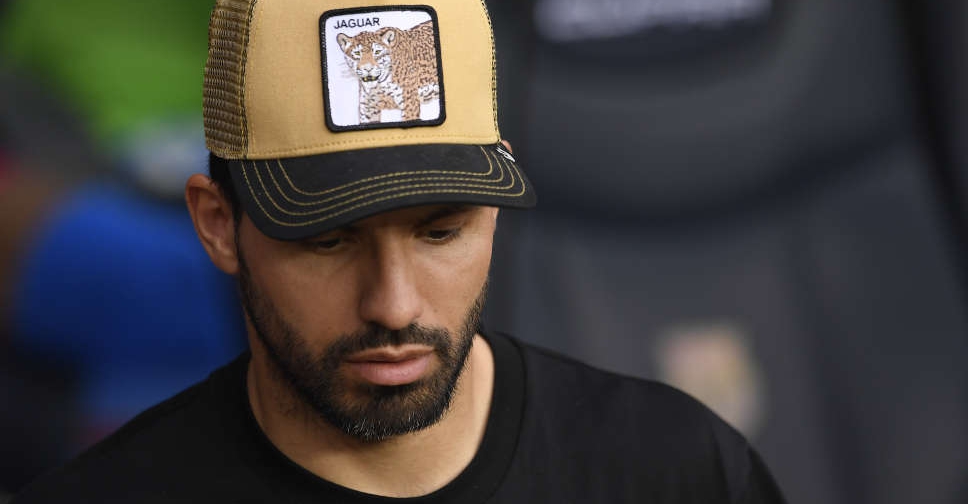 Barcelona and Argentina striker Sergio Aguero broke down in tears as he announced his retirement from football on Wednesday due to a heart condition, bringing the curtain down on an 18-year career during which he scored more than 400 goals.

Aguero, 33, was taken to hospital on October 30 after experiencing chest pain and breathing difficulties in Barcelona's 1-1 draw with Alaves.

The club announced a few days later that he would be out for at least three months following cardiac analysis before doctors advised him not to play again.

"This press conference is to communicate that I've decided to stop playing soccer. It's a very hard moment but I'm at peace with the decision I made," Aguero told a gathering at the Camp Nou.

"It's a decision that I made to preserve my health. It's what the doctors said to me, that it would be better to stop playing. I made the decision around 10 days ago.

"I'm very proud of my career, it was a dream come true. I just wanted to be a professional player and never thought that I would play in Europe."

Aguero moved to Spain prior to this season after a decade with Premier League champions Manchester City, where he scored 260 goals in 390 appearances to become the club's record goalscorer.

He famously scored a stoppage-time winner against Queens Park Rangers in 2012 to secure a first top flight league title for City since 1968, to which he added four more Premier League trophies, one FA Cup and six League Cups.

Having heard of his impending retirement, City fans paid tribute on Tuesday when they chanted Aguero's name during their 7-0 thrashing of Leeds United.

He also scored 41 goals in 101 games for Argentina, representing them at three World Cups and helping them win the 2021 Copa America -- their first major title in 28 years.

The Argentine joined Barca on a free transfer during the close season, but made only five appearances in all competitions due to a calf injury and his cardiac issues.

"The first weeks (after the diagnosis) were really hard. When I took the first physical tests after the incident... the doctors told me that there was a big possibility I could not play again," Aguero added.

"So I started to process it, that I could never play professional football again. When they gave me the definite diagnosis, I was prepared. It hurts, of course, it was a really difficult process to go through, but I'm good now.

"I'm positive about it... That I can live my life happy after professional football, that nothing more serious happened. Now I can live a normal life and do other things with my family as a regular guy."

Aguero scored only one goal for Barcelona which came in a 2-1 home defeat by Real Madrid.

"Not bad for a last goal, is it," he said which elicited laughter from those present despite the somber occasion.

"Winning the Europa League with Atletico was a really happy moment and then obviously with City the goal I scored to win the first Premier League. For me and City, it was a beautiful moment," he said.

"There are a lot (of memorable moments) and the last was the Copa America. I only played two or three matches, but it was something that we had been looking to win for years and years."