13 Facts about the Super Bowl 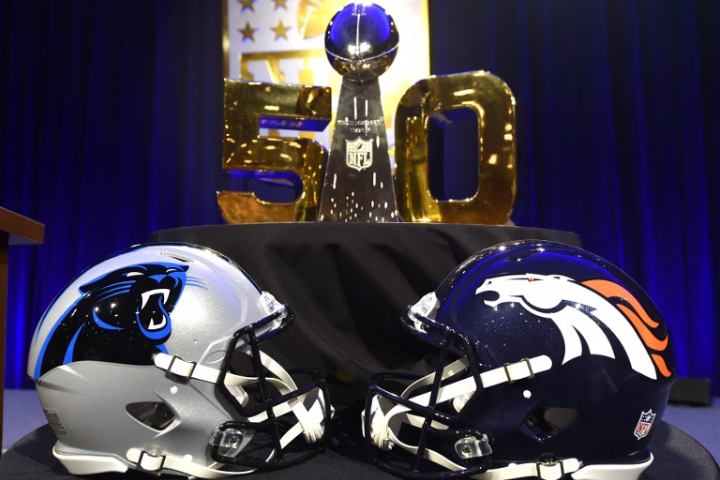 1. This year is the 50th edition of the game, and it takes place at the Levi Stadium in San Francisco, starting at 03:30am UAE time on Monday. 2. Usually identified using roman numerals, this year the NFL is using the Arabic numerals instead. So ‘Super Bowl 50’ instead of ‘Super Bowl L’. 3. It’s the pinnacle of American Football, pitting the winners of the NFC, the Carolina Panthers, against the AFC champions, the Denver Broncos. 4. The Carolina Panthers are after their first Super Bowl victory, whilst the Denver Broncos are seeking their third success, after wins in 1998 and 1999. 5. The Panthers have been the strongest team in the NFL this season, going into the Super Bowl with a 17-1 record. 6. The Broncos, meanwhile, are on 14-4, but defeated the reigning champions, the New England Patriots, in the AFC Championship game.7. Quarterbacks almost always seem to be the centre of attention, and that is certainly the case this year, with Super Bowl 50 pitting the Panther’s young up-and-coming star, Cam Newton, against the Bronco’s elder-statesman, Peyton Manning. 8. The winners will be presented with the Vince Lombardi trophy, named after the legendary former Green Bay Packers coach. 9. Instead of being presented with medals, the players and coaches on the winning franchise are given specially-made rings. Made of yellow or white gold with diamonds, they include the team name, logo and Super Bowl number. 10. The Pittsburgh Steelers have won a record six Super Bowl titles, followed by the Dallas Cowboys and San Francisco 49ers on five. 11. It’s the second most watched annual sports event, after the UEFA Champions League final. Last year, an estimated 160 million people worldwide tuned in, with 114.4 million of those in the US. 12. The Super Bowl is about much more than just the action on the field – the halftime show has seen musicians such as Michael Jackson, the Rolling Stones and the Who perform. The stars on this years halftime show include Coldplay, Beyonce and Bruno Mars. 13. Even the adverts have become a significant aspect of the show – with the high viewer figures, the commercial slots are the most expensive of the year in the US. This year, a 30-second spot costs up to AED 18.4 million. Because of that, companies will develop high-cost adverts for the broadcast, which in themselves generate excitement.