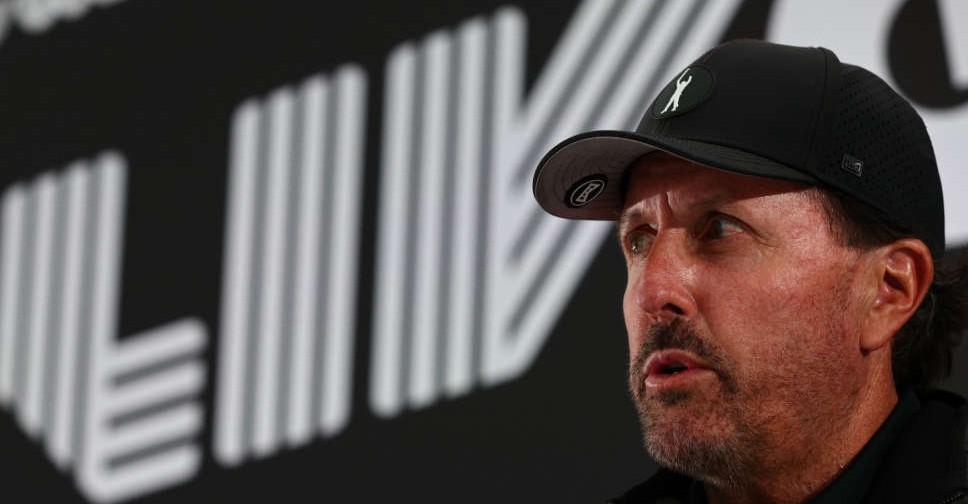 A host of golfers, including Phil Mickelson and Bryson DeChambeau, filed an anti-trust lawsuit against the PGA Tour on Wednesday.

Eleven golfers now on the LIV Golf Series joined the lawsuit, which challenges their suspension from the PGA Tour. Three of the 11, Talor Gooch, Hudson Swafford and Matt Jones, are seeking a temporary restraining order to be allowed to participate in the FedEx Cup playoffs, which begin next week.

That trio qualified for the playoffs but were banned after joining LIV, a competing circuit considered a direct threat to the PGA Tour.

In addition, Abraham Ancer, Jason Kokrak, Carlos Ortiz, Pat Perez, Ian Poulter and Peter Uihlein are listed along with Mickelson and DeChambeau in the lawsuit.

"As part of its carefully orchestrated plan to defeat competition, the Tour has threatened lifetime bans on players who play in even a single LIV Golf event," the lawsuit says. "It has backed up these threats by imposing unprecedented suspensions on players (including the Plaintiffs) that threaten irreparable harm to the players and their ability to pursue their profession.

"It has threatened sponsors, vendors, and agents to coerce players to abandon opportunities to play in LIV Golf events. And it has orchestrated a per se unlawful group boycott with the European Tour to deny LIV Golf access to their members."

The FedEx Cup playoffs begin with the St. Jude Classic in Memphis next week. The top 125 players are eligible to play - except for those who opted to play in LIV events.

"Banning Plaintiffs and other top professional golfers from its own events degrades the Tour's strength of field and diminishes the quality of the product that it offers to golf fans by depriving them from seeing many top golfers participate in Tour events," the lawsuit reads.

"The only conceivable benefit to the Tour from degrading its own product in this manner is the destruction of competition. Indeed, the Tour has conceded its nakedly anticompetitive purpose in attacking and injuring the players."

PGA Tour commissioner Jay Monahan addressed the lawsuit in a memo sent to current tour members, a copy of which was obtained by Golf.com.

"Fundamentally, these suspended players -- who are now Saudi Golf League employees -- have walked away from the Tour and now want back in. With the Saudi Golf League on hiatus, they're trying to use lawyers to force their way into competition alongside our members in good standing," the memo said.

Monahan encouraged current tour members to speak publicly on the matter, "if you are so inclined".

"This is your Tour, built on the foundation that we work together for the good and growth of the organization...and then you reap the rewards. It seems your former colleagues have forgotten one important aspect of that equation," the memo concluded.