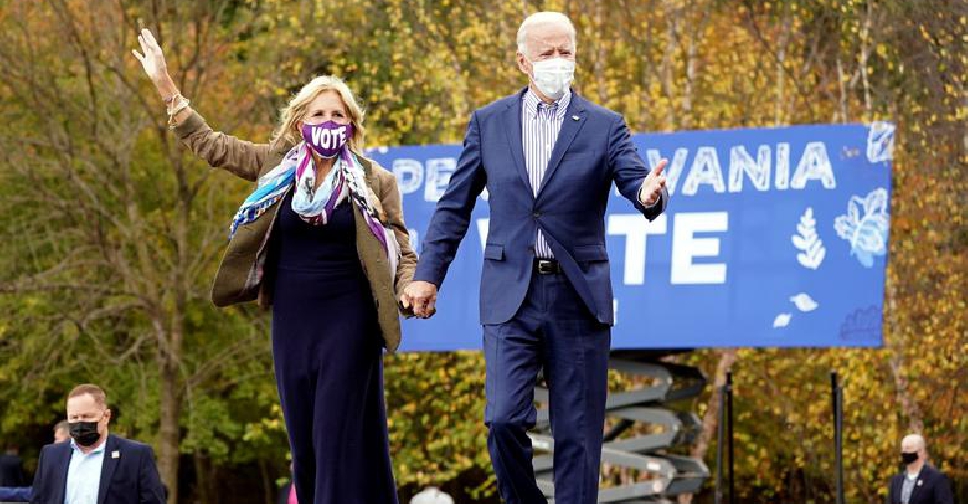 The US presidential candidate Joe Biden and his wife Jill have cast their ballots for the 2020 election on Wednesday.

They joined more than 74 million Americans who have voted with six days remaining in the contest.

Biden voted at the Carvel State Office Building in his home town of Wilmington, Delaware.

The Democratic candidate spent the day taking briefings on the COVID-19 pandemic and was scheduled to deliver a speech in Delaware, a state he is expected to easily win, with just six days to go until the November 3 election against President Donald Trump.

Trump, who has been holding more campaign events in battleground states amid rising coronavirus cases, voted for himself on Saturday at a public library across the street from one of his golf clubs in the battleground state of Florida. He changed his residency from New York a year ago.

The number of people who have voted early represents more than 53 per cent of the total turnout in the 2016 election, according to data compiled by the US Elections Project at the University of Florida.