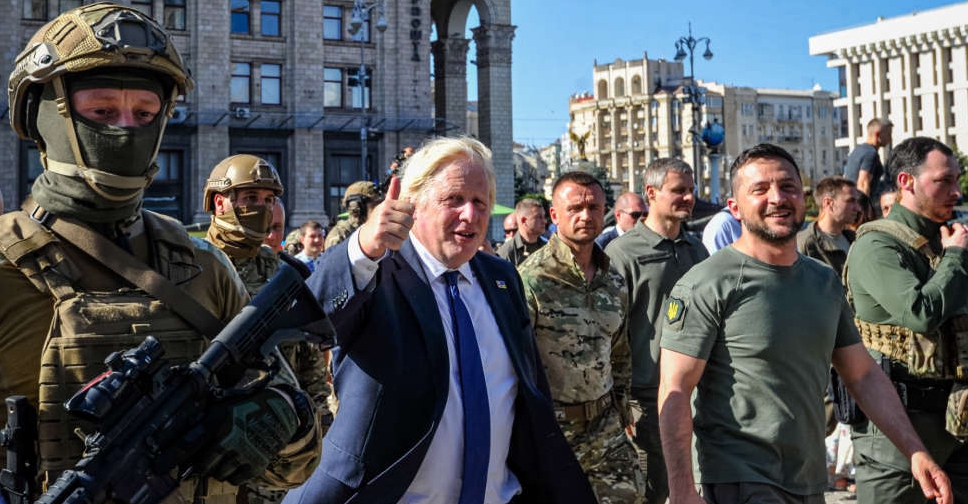 The 54 million pound ($63.5 million) package will include 2,000 drones and loitering munitions to enable the Ukrainian military to better track and target invading Russian forces, Johnson's office said in a statement.

"The UK will continue to stand with our Ukrainian friends. I believe Ukraine can and will win this war," Johnson, who has less than two weeks left as prime minister, said on Twitter.

The two candidates to replace Johnson, Foreign Secretary Liz Truss and former finance minister Rishi Sunak have both pledged to continue Britain's support for Ukraine. The result of the leadership contest will be announced on September 5.

Frontrunner Truss on Wednesday said she would be "Ukraine's greatest ally" if she becomes prime minister.

During Johnson's visit on Wednesday, his third to Kyiv since the conflict began six months ago and his last as prime minister, he was given Ukraine’s 'The Order of Liberty' award for his support of Ukraine’s freedom.