Ukraine on edge as shellfire resounds around Zaporizhzhia nuclear plant 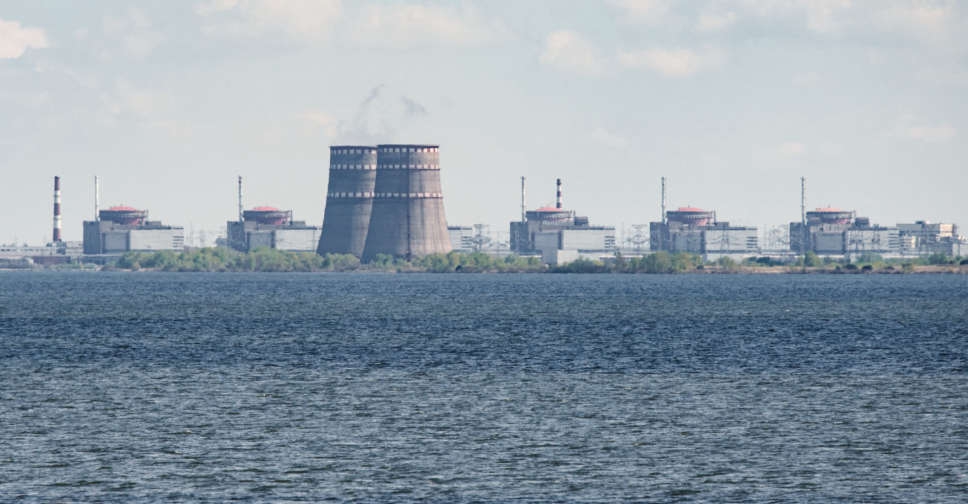 Shellfire at the Russian-occupied Zaporizhzhia nuclear power plant in Ukraine fuelled fears of major disaster as both sides kept blaming the other, while Russian forces targeted towns on the far side of the river from Europe's largest atomic plant.

Despite the danger, officials from the United Nations nuclear watchdog were still waiting for clearance to visit the plant on the southern front line of the war.

Standing beside a crater at a school that had been largely reduced to rubble, the governor of Zaporizhzhia region, Oleksandr Starukh, told Ukrainian television people were being informed how to apply iodine in case of a radiation leak.

He was speaking in the city of Zaporizhzhia, two hours drive from the plant, which sits along the vast Kakhovka reservoir on the Dnipro river.

Russian forces seized the plant since early March soon after invading Ukraine, while Ukrainian staff continue to operate it. In recent weeks both countries have traded blame for shelling near the plant.

Ukraine's state nuclear company Energoatom said Russian troops again shelled the grounds of the complex in the last 24 hours. "The damage is currently being ascertained," Energoatom wrote in a statement on Telegram.

Moscow's defence ministry on Saturday accused Ukrainian forces of shelling the plant complex three times in 24 hours. It said in a statement 17 shells were fired, with four hitting the roof of a building storing "168 assemblies of U.S. Westinghouse nuclear fuel".

It said 10 shells exploded near a dry storage facility for spent nuclear fuel and three near a building that houses fresh nuclear fuel storage. It said the radiation situation at the plant remained normal.

Reuters could not verify either side's report.

Ukraine's President Volodymyr Zelenskiy said on Friday the situation at Zaporizhzhia remained "very risky" after two of its six reactors were reconnected to the grid following shelling that caused the nuclear plant to be disconnected for the first time.

The head of the International Atomic Energy Agency (IAEA), Rafael Grossi, said on Thursday the UN agency was "very, very close" to being able to send officials to inspect the plant.

Energoatom's statement on Saturday said its staff at the plant had come under "increased pressure" ahead of the likely visit, "to hush up their testimonies about the crimes of the occupiers at the station and using it as a military base".

UN Secretary-General Antonio Guterres called this month for military equipment and personnel to be withdrawn from the plant to ensure it is not a target.

On the opposite shore from the Zaporizhzhia plant, the towns of Nikopol and Marhanets were hit by shells on Saturday afternoon and evening, Nikopol Mayor Yevhen Yevtushenko said on Telegram.