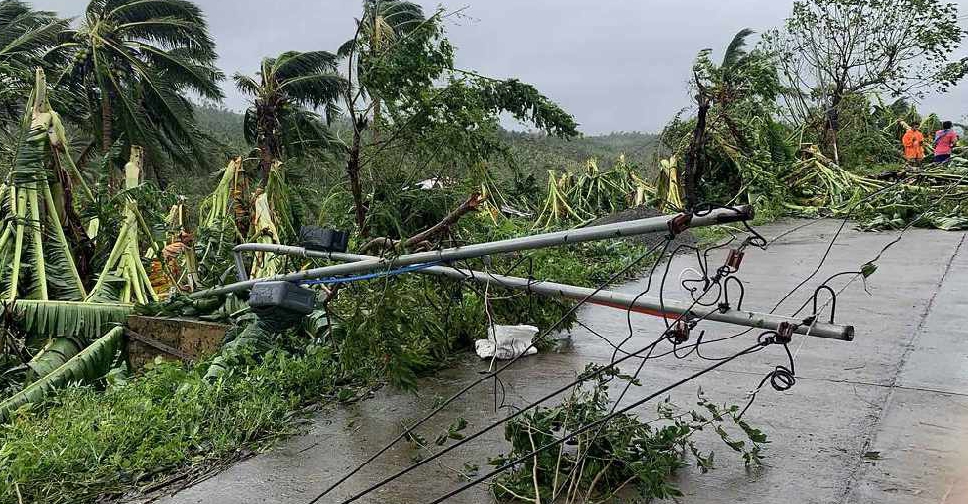 Typhoon Molave, packing 125 km per hour wind speeds and gusts of up to 150 kph, caused flooding and prompted forced evacuation orders for tens of thousands of people.

There was no immediate report of casualties, but 12 fishermen at sea failed to return to Catanduanes province off the country's eastern coast.

"They have been missing for 24 hours. They were supposed to come back home yesterday before noon," Gremil Alexis Naz of the Civil Defence office told DZMM radio, adding that search and rescue operations would be conducted.

Molave, the 17th typhoon to hit the Philippines this year, follows Tropical Storm Saudel, which last week caused widespread flooding in Quezon province in the Calabarzon region, southeast of the capital Manila.

In Albay province, 15,000 evacuees were allowed to return to their homes but many areas remained inundated and without power, Governor Alfrancis Bichara told DZMM radio.

Storm warning levels remain in force in the capital and nearby provinces.

About half of the Philippines' 107 million population live in the Luzon region. The country is hit by an average of 20 typhoons each year.

Molave should exit the Philippines on Tuesday morning and is headed towards Vietnam, where Prime Minister Nguyen Xuan Phuc on Monday issued an urgent warning to provinces and cities in its path to prepare.