Two killed in Russian shelling of Ukrainian city of Kharkiv 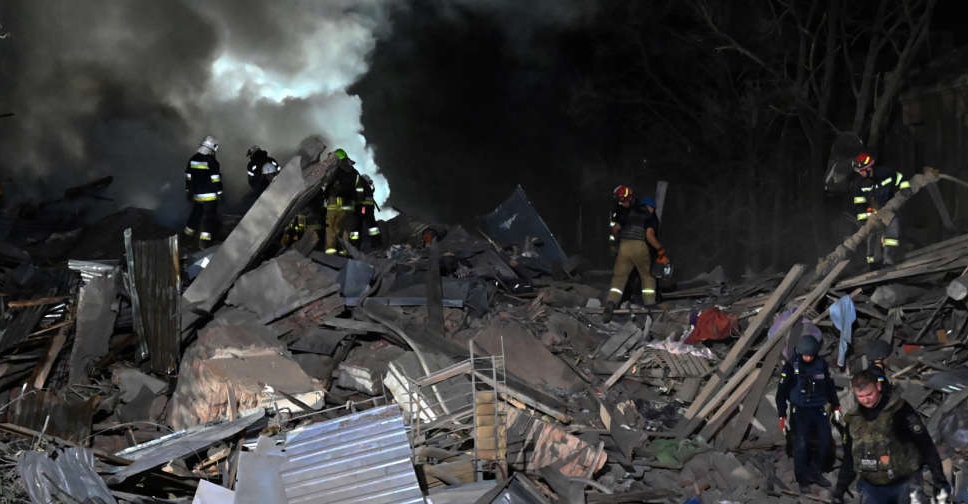 Two civilians were killed and 18 wounded in a pre-dawn rocket attack on the eastern Ukrainian city of Kharkiv on Thursday, regional governor Oleh Synehubov said.

The strike followed a Russian attack on Kharkiv on Wednesday in which Synehubov said seven civilians were killed and 17 wounded.

"Last night was one of the most tragic of the entire war in the Kharkiv region," he wrote on the Telegram messaging app.

He said two people were killed in Thursday's attack when an apartment building in Kharkiv was struck by Russian forces, and that the 18 wounded included two children.

Synehubov also said two people were killed on Thursday in a rocket attack on the town of Krasnohrad in the Kharkiv region.

President Volodymyr Zelenskiy described Wednesday's attack on Kharkiv, Ukraine's second-largest city, as a "devious and cynical strike on civilians with no justification".

"We cannot forgive. We will avenge it," he said.

Russia denies deliberately targetting civilians in what it calls a "special military operation" in Ukraine.

Kharkiv resident Tamara Kramarenko said the dormitory where she lived had been hit by a missile on Wednesday.

Pavlo Kyrylenko, the governor of the eastern region of Donetsk, said on Telegram that three civilians had been killed in Russian attacks in the region in the past 24 hours.