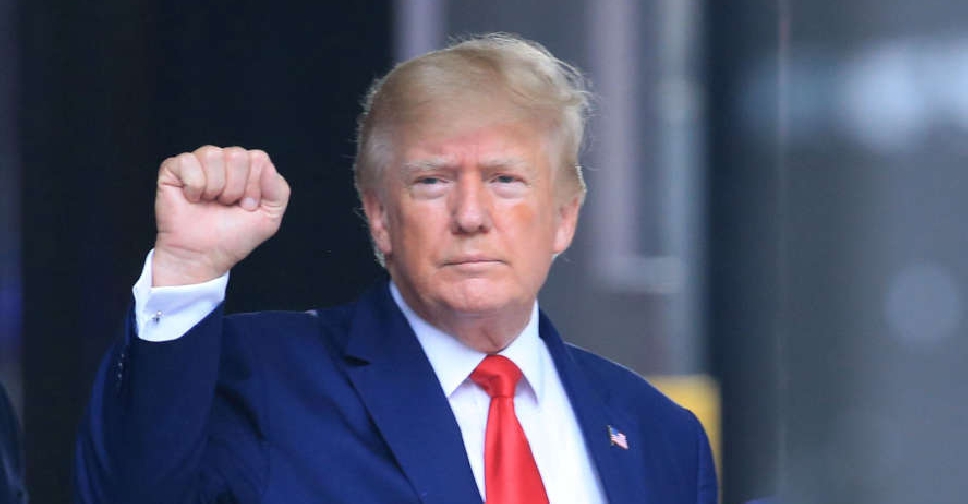 Former U.S. President Donald Trump said on Wednesday he declined to answer questions during an appearance before New York state's attorney general in a civil investigation into his family's business practices, citing his constitutional right against self-incrimination.

"I declined to answer the questions under the rights and privileges afforded to every citizen under the United States Constitution," Trump said in a statement issued roughly an hour after he arrived in a motorcade at the attorney general's office in lower Manhattan for the deposition behind closed doors.

The Constitution's Fifth Amendment protects against self-incrimination. Trump's decision not to answer questions still could carry consequences. Should the investigation lead to a trial, jurors could take his silence into account. Politically, it also could give adversaries ammunition about whether Trump has something to hide as he mulls another presidential run in 2024.

James has said her investigation has uncovered significant evidence that the Trump Organization, which manages hotels, golf courses and other real estate, gave banks and tax authorities misleading financial information to obtain benefits.

Trump left her office about six hours after arriving, suggesting he faced questioning for much of the day. In a social media post after the deposition, Trump called it a "very professional meeting," while boasting about his company.

A spokesperson for the New York attorney general's office said in a statement that James participated in the deposition and confirmed that Trump invoked his Fifth Amendment rights.

"Attorney General James will pursue the facts and the law wherever they may lead," the spokesperson added. "Our investigation continues."

Trump, a Republican, in his statement again denied wrongdoing and sought to portray the investigation by James, a Democrat, as part of a years-long vendetta against him by her and others including the news media.

He also attempted to link James's investigation to Monday's FBI search of his Florida home Mar-a-Lago, which represented an escalation of a federal probe into whether he illegally removed records from the White House as he left office in January 2021.

"I once asked, 'If you're innocent, why are you taking the Fifth Amendment?'" Trump said. "Now I know the answer to that question."

Trump added, "When your family, your company, and all the people in your orbit have become the targets of an unfounded, politically motivated Witch Hunt supported by lawyers, prosecutors, and the Fake News Media, you have no choice."

In the statement, Trump also made disparaging comments about James and violent crime in New York state.

Trump agreed in June to testify in the three-year-old investigation, but only after court decisions rejecting his argument that he should not have to do so because the probe was politically motivated.

His lawyers also argued that Trump's words could be unfairly used against him in a related criminal probe led by Manhattan District Attorney Alvin Bragg in which James also is involved. Two top prosecutors in that case resigned in March, with one saying Bragg was skeptical of bringing charges against Trump.

A Bragg spokeswoman on Wednesday said that the criminal probe continues.