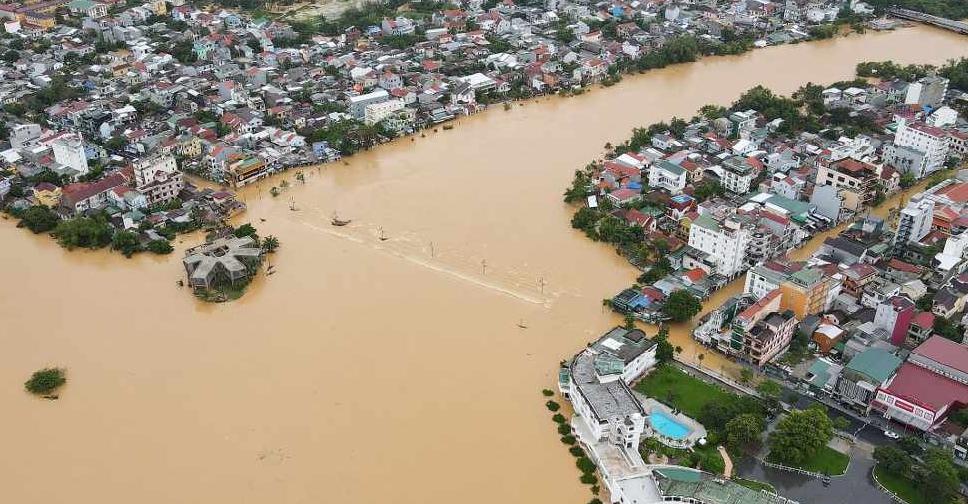 Vietnam deployed helicopters and soldiers on Wednesday to search for dozens of people feared dead in two catastrophic landslides near a hydropower dam.

The first of hundreds of rescuers with boats and army vehicles battled through blocked roads to reach the dam site in the remote mountainous area of central Vietnam early on Wednesday, hoping to find survivors among at least 30 people missing after Monday's mudslides.

Intense rains since early October have caused floods and mudslides that have killed at least 39 people in central Vietnam, while more heavy rainfall is expected until early next week on several fronts, including from tropical storm Nangka, which made landfall earlier on Wednesday.

"The search and rescue work is being conducted in a rapid manner, with a target of bringing the victims out within today," the government said in a statement.

Among those are 13 members of a rescue team hit by a second landslide while trying to reach the trapped construction workers at the Rao Trang 3 hydropower dam in Thua Thien Hue province. Three workers were killed and 17 were missing.

Local television showed troops arriving in trucks along narrow tracks and an air force helicopter flying above the mountains to deliver supplies to rescuers, passing over fast-flowing streams of muddy brown water.

The International Federation of the Red Cross (IFRC) said nearly one million people in central Vietnam would be severely affected by floods, with grave fears those would worsen and deprive huge numbers of people of emergency help.

Tropical storm Nangka will cause heavy rain in northern and central Vietnam until Friday but will weaken as it travels further inland on Wednesday, the weather agency said.