Sturgeon: Next election a 'de facto referendum' on independence 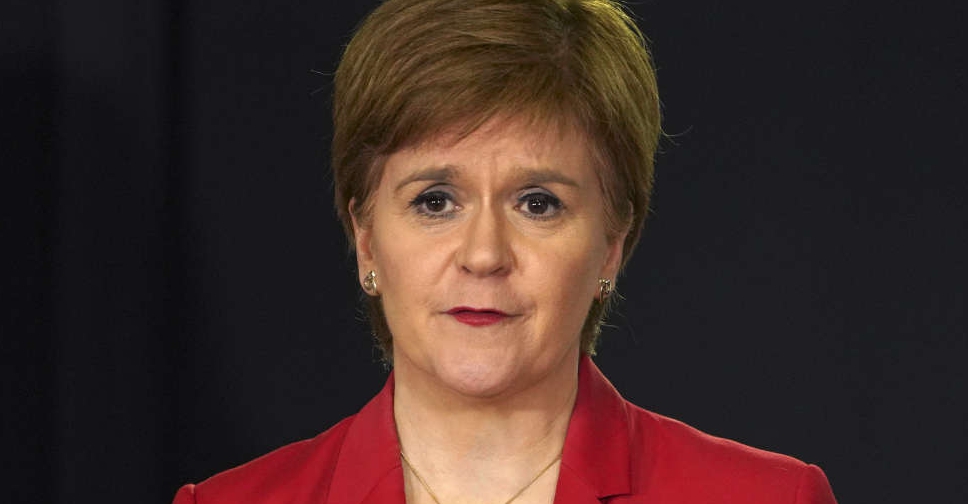 Britain's next national election will be an effective referendum on Scottish independence, Scotland's First Minister Nicola Sturgeon said on Wednesday after the UK's top court blocked her party's bid for a new independence vote.

Sturgeon, leader of the pro-independence Scottish National Party (SNP), said she respected the ruling by the UK Supreme Court but that it only strengthened the case for Scottish independence.

In 2014, Scots rejected ending the more-than-300-year-old union with England by 55% to 45%, but independence campaigners have argued that Brexit, which a majority of Scottish voters opposed, justifies another referendum.

In its ruling on Wednesday, the UK's top court said the Scottish government cannot hold a second referendum next year without approval from the British parliament.

"We must and we will find another democratic, lawful and constitutional means by which the Scottish people can express their will," Sturgeon told reporters.

"The next national election scheduled for Scotland is, of course, the UK General Election, making that both the first and the most obvious opportunity to seek what I described back in June as a de facto referendum."

Sturgeon said the SNP will seek to establish by the next national election, to be held in 2024, majority support in Scotland for independence.

"As of today, democracy is what is at stake ... It is now about whether or not we even have the basic democratic right to choose our own future."