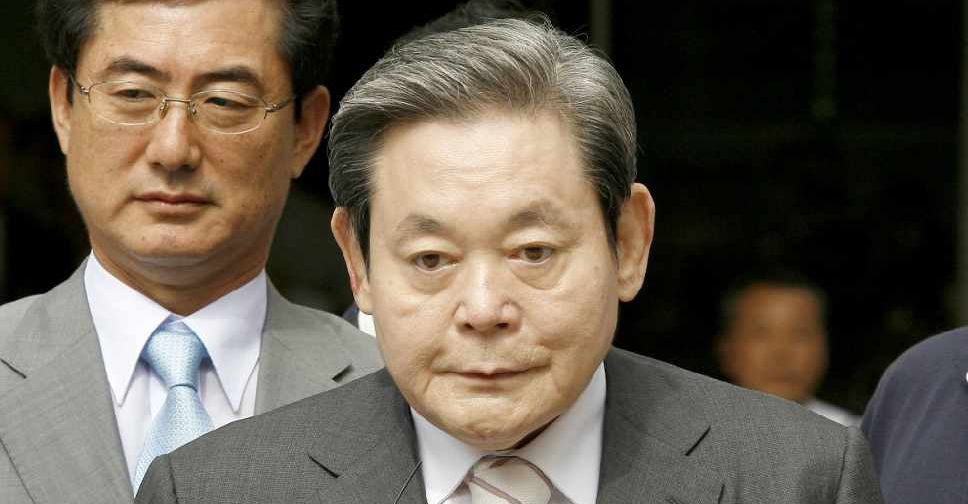 Lee, who was 78, helped grow his father Lee Byung-chull's noodle trading business into a sprawling powerhouse with assets worth some $375 billion, with dozens of affiliates stretching from electronics and insurance to shipbuilding and construction.

"Lee is such a symbolic figure in South Korea's spectacular rise and how South Korea embraced globalisation, that his death will be remembered by so many Koreans," said Chung Sun Sup, chief executive officer of corporate researcher firm Chaebul.com.

He is the latest second-generation leader of a South Korean family-controlled conglomerate to die, leaving potentially thorny succession issues for the third generation.

The younger Lee served jail time in his role in a bribery scandal that triggered the impeachment of then-President Park Geun-hye. He is facing a retrial over the case, and a separate trial on charges of accounting fraud and stock price manipulation kicked off this week.

The death of Lee, South Korea's richest with a net worth of $20.9 billion according to Forbes, is set to prompt investor interest in a potential restructuring of the group involving his stakes in key Samsung companies such as Samsung Life and Samsung Electronics.

Samsung Life is the biggest shareholder of the group's crown jewel Samsung Electronics, and Lee owns 20.76 per cent of the insurance firm.

Lee died with his family by his side, including Jay Y. Lee, the Samsung Electronics vice chairman, the conglomerate said.

"Chairman Lee was a true visionary who transformed Samsung into the world-leading innovator and industrial powerhouse from a local business. His 1993 declaration of 'New Management' was the motivating driver of the company’s vision to deliver the best technology to help advance global society," Samsung said in a statement.

"His legacy will be everlasting," Samsung said.

Chung at Chaebul.com said, "Immediate attention will be given to the roughly 5% stake Lee has in Samsung Electronics," and how this will be distributed to his family.