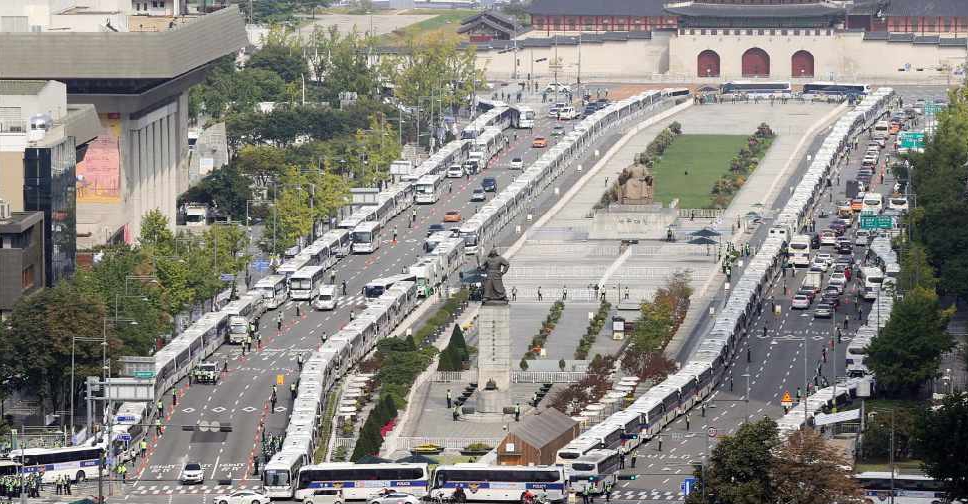 South Korean police mobilised hundreds of buses to head off any political rallies in Seoul on Saturday with authorities determined to prevent another cluster of COVID-19 cases from emerging.

South Korea has been held up as a coronavirus mitigation success story but it saw a flare-up of more than 1,800 infections linked to a church and a big anti-government rally in August.

The spread of the virus has slowed in recent weeks but the government has banned more than 100 demonstrations planned for Saturday's National Foundation Day, warning of strict punishment for any illegal protest.

Police parked buses along main avenues and around a central Seoul square to seal them off. They also set up some 90 checkpoints to prevent vehicles bringing protesters while the subway did not stop at several stations at protest venues.

The Korea Disease Control and Prevention Agency (KDCA) reported 75 new infections by midnight on Friday, a third day of double-digit increases, taking the national tally to 24,027 cases, with 420 deaths.

The government had eased some social-distancing rules after new cases edged lower but imposed special measures for the Korean harvest festival holiday of Chuseok, which began on Wednesday.

The rules include banning dining at motorway rest areas and nursing home visits and requiring temperature checks at all stations.