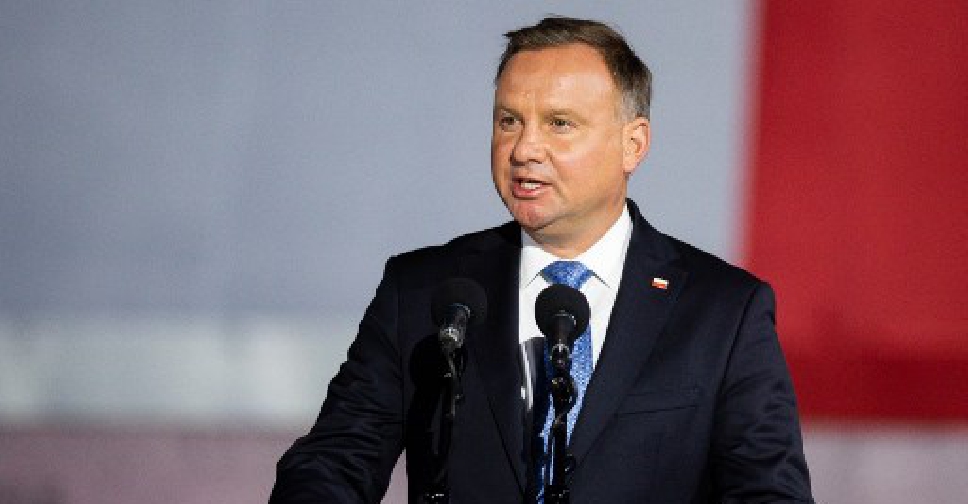 Polish President Andrzej Duda has tested positive for coronavirus and is subject to quarantine but is feeling good, officials announced on Saturday, as the country imposed fresh restrictions to try to stem a surge in the disease.

"The president yesterday was tested for the presence of coronavirus. The result turned out to be positive. The president is fine. We are in constant contact with the relevant medical services," presidential minister Blazej Spychalski said on Twitter.

One of the people Duda met in recent days was tennis star Iga Swiatek - who said soon after the announcement that the president has been infected that she feels good, but will quarantine.

Duda, 48, holds a mainly ceremonial role, but has the power to veto legislation. He is an ally of the ruling nationalist Law and Justice (PiS) party.

"The president is a young man, I think that he will pass the infection without problems," Deputy Health Minister Waldemar Kraska told private radio RMF.

He added that he expects that all people who had contact with Duda in recent days will be quarantined. This should include Swiatek, he said.

Poland is seeing a sharp rise in COVID-19 cases, with new infections hitting a daily record of 13,632 on Friday. The country recorded 13,628 new cases on Saturday.

More restrictions to curb the spread of the virus came into force on Saturday, including a two-week shutdown of restaurants and bars.

Schools will remain open, but only children up to third grade will attend, with older students moving to distance learning.

The government sent text messages on Saturday morning to Poles, urging them to stay home and help elderly people.

The government has also banned public gatherings of more than five people.

Despite this, thousands poured onto streets on Friday night to protest over a ruling on Thursday by the Constitutional Tribunal that imposes a near-total ban on abortion in the predominantly Roman Catholic country.

The Health Ministry reported 153 coronavirus deaths on Friday, taking the total toll to 4,172. Poland has reported a total of 228,318 cases.

The healthcare system has begun to buckle under the weight of mounting infections, forcing the government to set up field hospitals.

The ruling nationalists have faced criticism in recent days from the opposition that the country is not prepared enough for the second coronavirus wave. Recent opinion polls have shown a drop in support for both PiS and Duda.