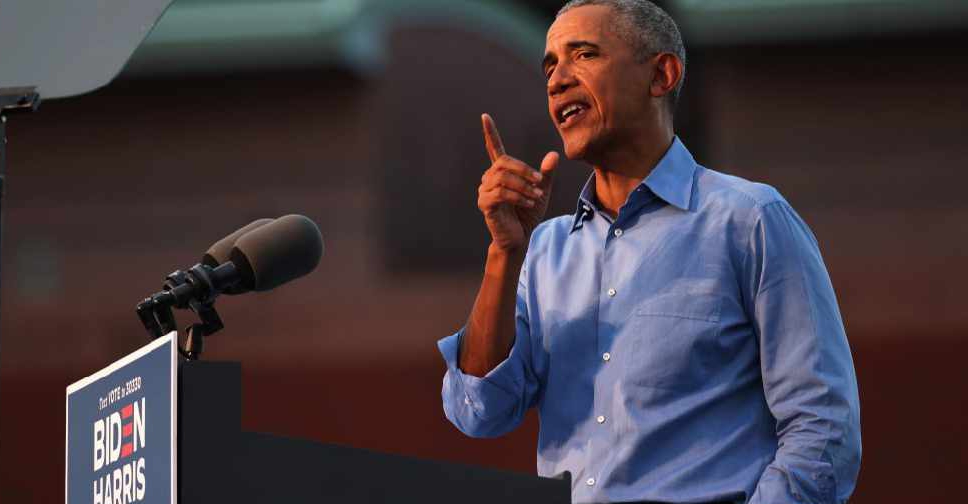 Former US President Barack Obama returned to the campaign trail on Wednesday with a blistering attack on Donald Trump with less than two weeks to go before the presidential election.

Speaking at a drive-in rally in Philadelphia on behalf of Democratic nominee Joe Biden, his former vice president, and Democratic running mate Kamala Harris, Obama offered his fiercest critique yet of his successor. He took aim at Trump's divisive rhetoric, his track record in the Oval Office and his habit of re-tweeting conspiracy theories.

Obama, who governed for two terms and remains one of the most popular figures in the Democratic Party, blasted Trump for his handling of the coronavirus pandemic, noting that the president himself had fallen victim to the virus.

"Donald Trump isn't suddenly going to protect all of us," he said. "He can't even take the basic steps to protect himself."

"This is not a reality show. This is reality," Obama said in a nod to Trump's past as a reality TV host. "And the rest of us have had to live with the consequences of him proving himself incapable of taking the job seriously.”

Obama's appearance filled a gap left by Biden, who has stayed at home in Delaware since Monday for meetings and preparation ahead of his Thursday debate with Trump in Nashville, Tennessee.

The drive-in rally was held in the parking lot of Citizens Bank Park, the baseball stadium in Philadelphia, the city's skyline visible in the distance. With nearly 280 vehicles spread throughout the lot, it was the largest event of its kind that the Biden campaign has staged during the pandemic.