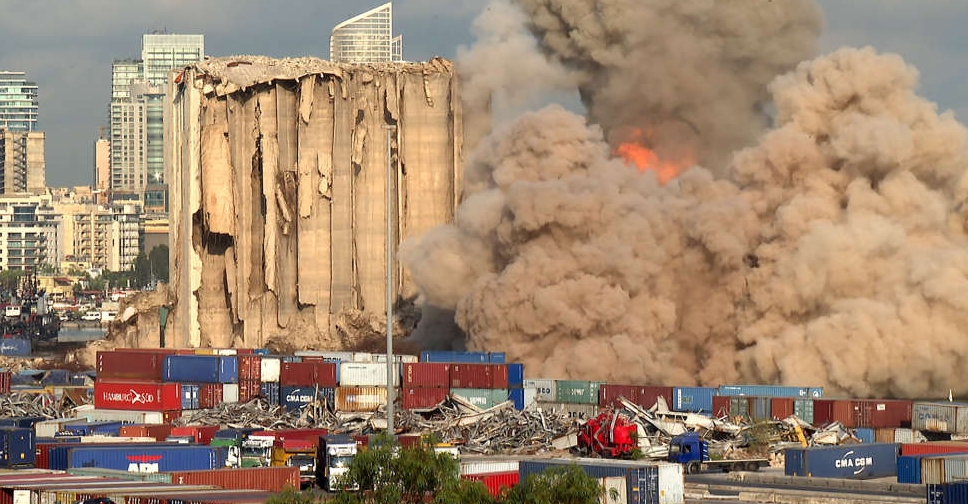 The northern section of the grain silos damaged two years ago by a blast at the Beirut port collapsed early on Tuesday after warnings the structure was leaning too far to stay up.

The crash sent a cloud of brown-grey dust billowing over the waterfront, the LBCI television station reported. There were no immediate reports of injuries.

The huge explosion at the port on August 4, 2020, killed more than 220 people and gutted the northern section of the grain silos, leaving wheat and corn spilling out in the sun.

Recently, a fire had been smouldering in the silos for weeks, which officials said was the result of summer heat igniting fermenting grain left rotting.

Part of the structure collapsed on July 31 and another section fell on August 4, the second anniversary of the blast.

On Sunday, the health ministry said dust samples from around the port showed that the air contained high amounts of common mould, which would not be dangerous unless inhaled in large quantities over a long period of time.