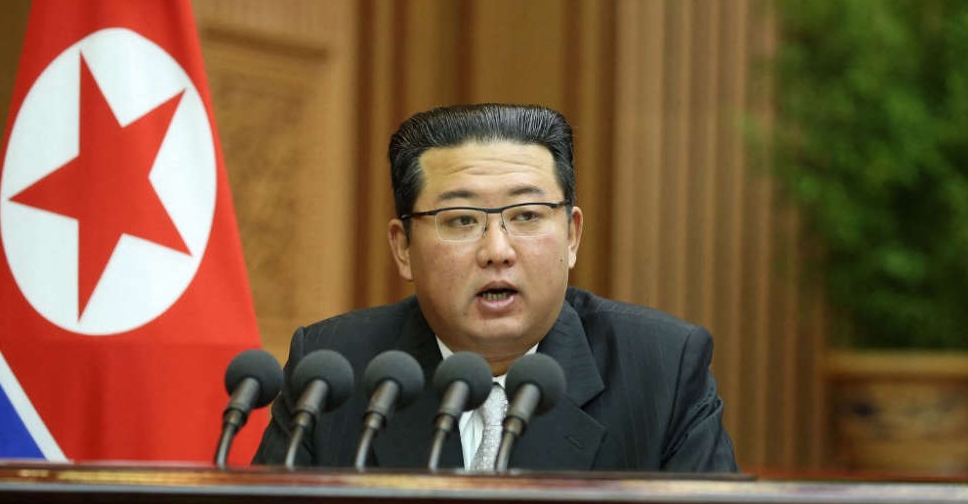 North Korean leader Kim Jong Un has declared victory over COVID-19 and his sister indicated that he too caught the virus, while vowing "deadly retaliation" against South Korea, which the North blames for causing the outbreak.

Kim ordered the lifting of maximum anti-epidemic measures imposed in May though adding that North Korea must maintain a "steel-strong anti-epidemic barrier and intensifying the anti-epidemic work until the end of the global health crisis", North Korea's KCNA news agency reported on Thursday.

North Korea has never confirmed how many people caught COVID, apparently because it lacks testing supplies.

Instead, it has reported daily numbers of patients with fever, a tally that rose to some 4.77 million, but it has registered no new such cases since July 29.

Kim made his declaration in a speech on Wednesday at a meeting on COVID policy with thousands of unmasked officials sitting indoors, according to footage from state broadcasters.

Kim's sister, Kim Yo Jong, also addressed the gathering and said the young leader himself had suffered from fever symptoms, according to KCNA, indicating for the first time that he was likely infected with the virus.

"Even though he was seriously ill with a high fever, he could not lie down for a moment thinking about the people he had to take care of until the end in the face of the anti-epidemic war," she said.

She did not elaborate on Kim's health but blamed propaganda leaflets from South Korea found near the border for causing the coronavirus outbreak.

North Korean defectors and activists in the South have for decades floated balloons carrying anti-Pyongyang leaflets into the North, at times along with food, medicine, money and other items.

Kim Yo Jong criticised South Korea's new government of President Yoon Suk-yeol for seeking to lift a 2020 ban on the leaflet campaigns, calling the South an "invariable principal enemy".

"We can no longer overlook the uninterrupted influx of rubbish from South Korea," she said, threatening to "wipe out" South Korea's authorities.

"Our countermeasure must be a deadly retaliatory one."

South Korea's Unification Ministry, which handles relations with the North, expressed regret about North Korea's repeated "groundless claims" regarding the origin of its COVID outbreak and its "rude and threatening remarks".

Asked about Kim's health, an official at the ministry said it could not confirm anything.