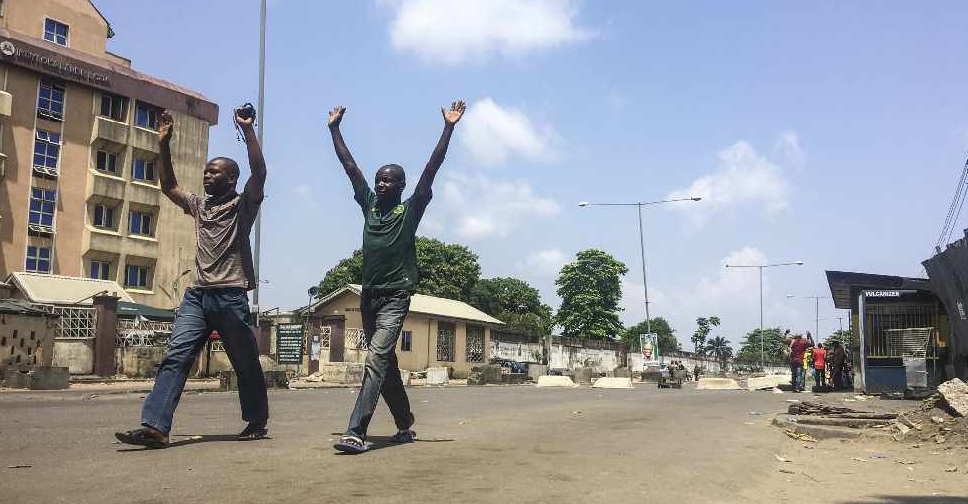 Nigeria's police chief ordered the immediate mobilisation of all force resources to try to control the worst street violence in two decades stemming from protests against police brutality.

The Nigeria Police Force said its inspector general Mohammed Adamu had ordered the immediate deployment of all assets and resources to end violence, looting and destruction of property by criminals masquerading as protesters.

"The IGP enjoins law-abiding citizens not to panic but rather join forces with the police and other members of the law enforcement community to protect their communities from the criminal elements," the force said in a statement.

The unrest, unprecedented since the 1999 return to civilian rule, is the most serious political crisis confronting President Muhammadu Buhari, a former military ruler elected in 2015. Curfews have been imposed on millions of people in recent days in response to violence and looting in parts of the country.

Violence, particularly in the commercial capital Lagos, escalated after demonstrators were shot on Tuesday night in the city's Lekki district during a round-the-clock curfew.

Rights group Amnesty International said soldiers and police had killed at least 12 protesters in two districts, though the army and police denied any involvement.

Several states, mostly in southern Nigeria, have imposed curfews after two weeks of confrontations between protesters and members of the security services.

During a call on Friday between Buhari and former Nigerian presidents, the head of state said 51 civilian fatalities and 37 injuries had been recorded as a result of "hooliganism" in recent weeks, according to a statement released on Saturday outlining his opening remarks.