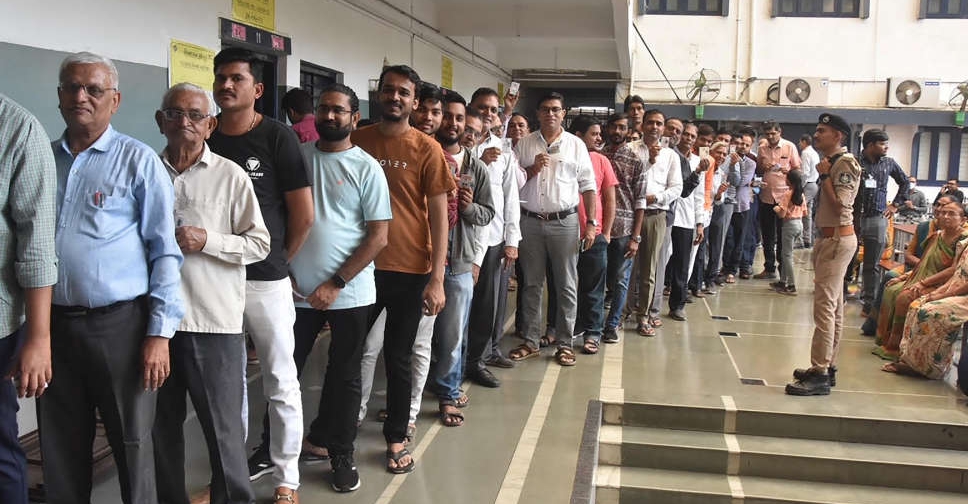 Indian Prime Minister Narendra Modi's home state of Gujarat began voting on Thursday with his Hindu nationalist party expected to win a seventh straight term, but any unexpected slip could herald a tighter contest in national polls due by 2024.

The Bharatiya Janata Party (BJP) has not lost in the western industrial state since 1995 and Modi served as its chief minister for nearly 13 years before becoming prime minister in 2014 after trouncing the Congress party.

Opinion polls conducted in the lead-up to the Gujarat polls projected the BJP to comfortably retain power in the state.

The Aam Aadmi Party (AAP), which was formed only a decade ago and has claimed power in Delhi and the state of Punjab, is set to become one of the main opposition parties in Gujarat at the expense of Congress.

Early on Thursday, voters in Surat, the state's second-largest city and a diamond-cutting and polishing hub, lined up to cast their ballot in the first of the two-phase election.

The city is expected to witness a three-way contest with Congress and AAP also looking to make inroads in the BJP bastion. The second phase of voting is on Monday and results are due on December 8.

In the last state election five years ago, the BJP won 99 seats in the 182-member assembly while Congress got 77.

The BJP is expected to win between 131 to 139 seats this time, ABP-CVoter projected in November. Congress could win 31 to 39 seats while the Aam Aadmi Party could bag up to 15.

According to India TV-Matrize opinion poll, also conducted in November, the BJP may win up to 119 seats.

Modi remains popular in many parts of the country despite criticism of inflation and unemployment, and his party also expects to emerge victorious in state assembly elections in Himachal Pradesh in the north, which were held last month with results to be declared on December 8.

AAP has promised voters subsidies on electricity and other bills in their bid to become the main challenger to the BJP.

Congress, on the other hand, launched a cross-country march in September against what it calls "hate and division", hoping to revive its fortunes and regain some popularity.