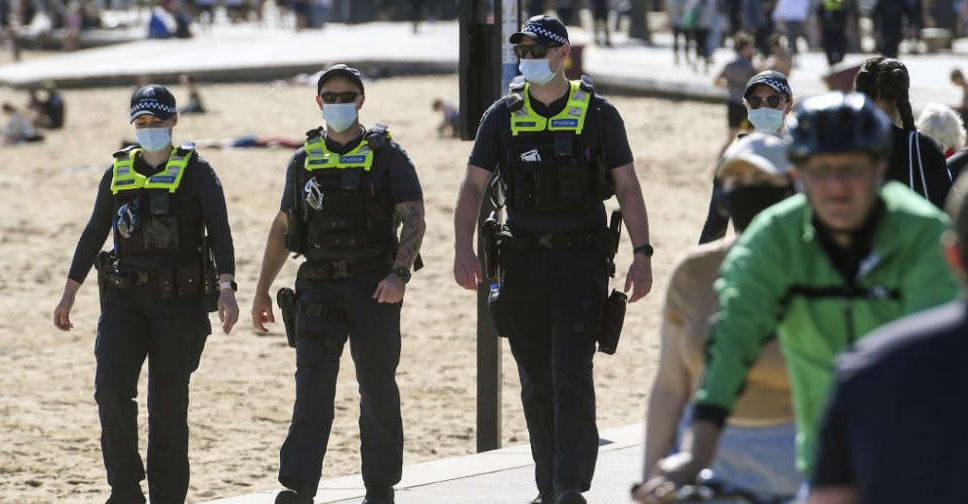 Melbourne's streets were largely quiet on Thursday after three days of anti-lockdown protests, with hundreds of police officers on patrol in the city to prevent another rally as COVID-19 cases in Victoria hit a daily pandemic record.

Police in central Melbourne were checking people's reasons for being outside, footage on social media showed, after a violent protest on Wednesday in Australia's second-largest city resulted in more than 200 arrests.

A vaccination centre at the Melbourne Town Hall would be shut until Monday after several of its staff were physically and verbally abused on their way to work, operator cohealth said on Thursday.

Hundreds of protesters have taken to the streets in the city of 5 million since officials earlier this week ordered a two-week closure of building sites and made vaccines mandatory for construction workers to limit the spread of the virus.

Police and union officials have said extremist and far-right groups joined the demonstrations.

Australia is fighting a third wave of infections from an outbreak of the Delta variant in its two largest cities, Sydney and Melbourne, and its capital Canberra, forcing nearly half the country's 25 million people into strict stay-at-home restrictions.

Dual-dose vaccinations in New South Wales are rising by around 1 per cent a day, state Health Minister Brad Hazzard said, putting it on track to hit 70 per cent by around October 8. Officials have pledged to ease lockdown curbs on the Monday after that target has reached.

Australia's total infections topped 92,000, with some 61,000 recorded since mid-June when the first Delta case was detected in Sydney. Total deaths are just below 1,200, but still lower than in many other comparable countries.